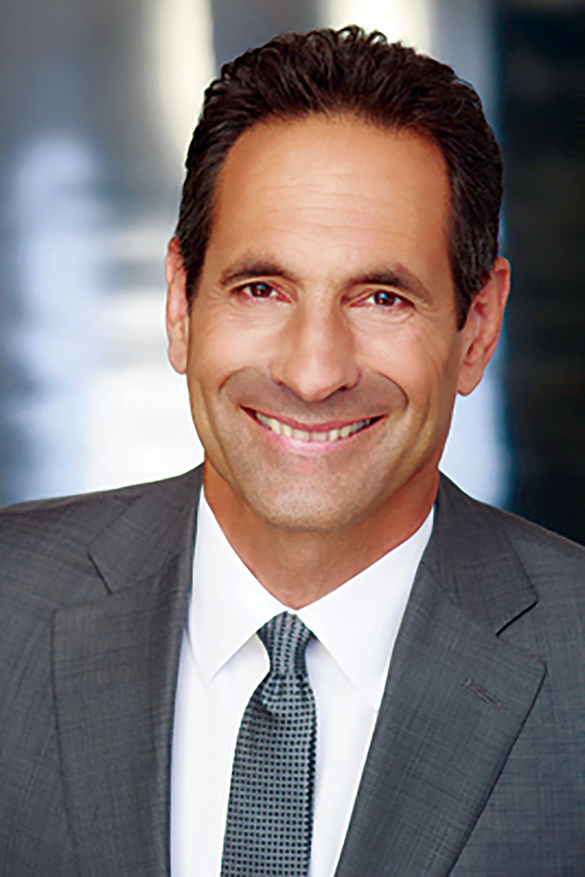 Michael Jenkins, who helped draft the city’s municipal code, is retiring after 36 1/2 years with the city. (photo courtesy of the city of West Hollywood)

Michael Jenkins, who has served as city attorney for West Hollywood since its incorporation in 1984, playing a role in the city’s foundational legislation, as well as defending some of its most-progressive policies, is retiring.

Jenkins was honored during the council meeting on Monday, March 15, where he was recognized by Mayor Lindsey Horvath with a proclamation honoring his years of service and a key to the city.

“Mike’s legacy in West Hollywood includes 3 1/2 decades of service to the city and, along with his dry sense of humor and long-winded legal explanations, we will miss his dedication and love for the city of West Hollywood,” she said. “Thank you for many years of service. All of the things we are proud of in our city have happened on your watch. While we have challenged you at times with our very progressive ideas and things that we would like to do, you have helped steer us to get to this point and all of the successes we have seen in our city. We thank you for your contributions not only to our city but to the entire craft.”

The council also appointed Lauren Langer, who was previously the assistant city attorney and is a partner of Jenkins at the firm Best, Best and Krieger, as Jenkins’ replacement.

“I leave this post in capable hands. This past year, Lauren Langer has played a more visible role as assistant city attorney and has proven to be professional, reliable, responsive and a great fit for the next chapter in the great adventure that is West Hollywood,” Jenkins said during the meeting. “With this passing of the baton, I will have more time to spend with my three grandchildren and the two who are on the way.”

The meeting was held one day before his Tuesday birthday, and he joked that “if you knew how old I was, [retirement] would be no surprise.”

Jenkins, recognized by The Daily Journal and Southern California Super Lawyers lists as one of the state’s leading authorities on public law, including municipal incorporation, constitutional law and land-use regulation, has served as a city attorney for multiple cities, including Hermosa Beach and Rolling Hills. He teaches local government law at the University of Southern California Gould School of Law and has past served as the president of the City Attorneys Department of the League of California Cities. He also served as chair of the League’s Brown Act Committee, where he negotiated, on behalf of California cities, changes to the state’s open meeting laws.

But of all his accomplishments, he said it was this role in West Hollywood that has “filled my professional life.”

“I was nothing short of thrilled at my selection by the City Council. I knew something big lay ahead. But little did I know just how wild and wonderful a journey it would be,” he said.

Jenkins is credited with developing and defending some of West Hollywood’s boldest legislation. He helped the City Council draft the first municipal code and helped hire the first city manager. He helped draft policies regarding the city’s social services program, rent stabilization ordinance, domestic partner ordinance, ordinance prohibiting AIDS discrimination, gun control and providing workers a living wage. He successfully warded off numerous legal challenges to some of those policies in the courts of appeal.

He said he was most impressed by the fact that council and staff were not only able to promote a progressive agenda, but do it without deterring from their typical roles in city government, such as providing city services, making infrastructure improvements and managing finances.

“I should have guessed that a community that selects leaders so brave, so willing to push the envelope of what is possible, so comfortable with risk, would take us to places where few cities venture,” Jenkins said.

He thanked his wife and family, as well as members of the council and city staff. But he ultimately thanked West Hollywood’s residents.

“Our democracy depends on citizen participation,” he said. “This community has demonstrated just how impactful local government can be. It is more important than ever that we remain vigilant in the preservation of our form of government and the fight we have fought so hard to gain.”

He recalled the city’s inaugural City Council meeting on Nov. 29, 1984, at Fiesta Hall at Plummer Park, remembering how the crowd was packed to the rafters, with an overflow visitors gathered outside. Representatives from other cities had been sent to deliver certificates of congratulations, but the crowd was so full that they couldn’t make it inside.

“It was electric – a heady moment, full of expectation, celebration and enthusiasm,” he said.

At the time, Jenkins had just celebrated the birth of his first daughter. Now, that daughter just had a first child of her own.

“I guess that means I’ve served this city for a generation,” he said.

He ultimately said the city has lived up to the expectations set during the meeting at Fiesta Hall.

“For me, my work in WeHo, my support for defense of all initiatives has been the most significant accomplishment of my career. In so many ways, this city has defined me. It has been my second family,” Jenkins said.