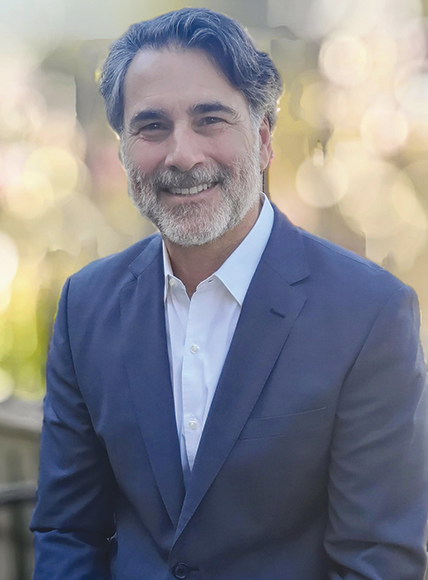 Paul Arevalo, who has worked for the city of West Hollywood for more than three decades, including the last 22 years as its city manager, announced in a city-wide email to staff last Friday that he will retire this summer.

“It’s been a joy,” Arevalo said in an interview with the Beverly Press. “I’ve been blessed to be here all these years. But I turn 60 this June, and if I’m going to start a new chapter, this is the time to start it.”

He added that there is no firm date for his final day, although July 1 – the start of the fiscal year – is his goal. He said he’ll help the city through its budget process one final time, while also aiding the City Council in the search for his replacement.

“It was a difficult decision, but I always try to be strategic,” he said. “I think doing it now affords us the opportunity to get the budget done and stabilize our resources as we go into the next phase of the COVID recovery. I had always intended to make sure there was ample time to fill my position. Also, it’s [not] an election cycle, so it doesn’t become a political issue for council.”

West Hollywood Mayor Lindsey Horvath said that she is sad to see Arevalo go, adding that he’s helped steer the city through a number of issues, including the past year during the economic fallout of the COVID-19 pandemic.

“Paul is an outstanding city manager, not just in the region, but throughout the country. He has developed relationships in cities throughout the nation to share information and advice and expertise,” she said. “He has left an indelible mark on our city. We wish him the best. We know that he will be missed.”

She said that the council will begin having conversations about his replacement soon.

“We’ve only had a handful of city managers the entire life of our city since its incorporation. We want to make sure we do our due diligence to find the right fit during this moment to help us carry forward into the future,” Horvath said.

Arevalo joined the city in 1990, serving as the director of finance before transitioning into his role as city manager. His list of accomplishments have stemmed from his ability to implement comprehensive fiscal management policies to weather the storm of economic crises, not only recently but also during the 2008 Great Recession.

Arevalo is also responsible for helping lead the community through the creation of its 2020 Strategic Plan, which was adopted in 2002. That not only updated the city’s mission statement and core values, but also established primary strategic initiatives that included expanding the city’s public spaces and library services, while protecting affordable housing. That later included the city’s 25th anniversary capital projects, such as master plans for West Hollywood and Plummer parks, the former of which includes a new library and parking structure.

“I don’t personally look at any of the amazing things that happened in the city as being the result of the city manager. To me it was more imagining an organization, visioning with a council and a community, to accomplish certain strategic goals,” he said.

For Arevalo, his proudest accomplishments include one of his first tasks – leading the city through its redevelopment of Santa Monica Boulevard, as they were able to invest in infrastructure and attract new businesses and developments along West Hollywood’s main street.

“I’m really proud of creating a sustainable city both from an environmental perspective and a very resilient city when it comes to finances and budgeting,” he said.

If there’s one project he had hoped to see before his retirement, he said it would be the completion of West Hollywood Park.

“I’ll definitely be back for the ribbon cutting on that project,” he said.

Members of the city council expressed gratitude and sadness about Arevalo’s departure.

“His acute business sense, his in-depth knowledge of finances, his understanding of how a well-run city operates and his love for the community have all contributed to his success as a city manager and West Hollywood’s success as a city,” Councilwoman Lauren Meister said. “He has gotten the city through some hard times – including this last year. We appreciate his many years of dedicated service.”

“It has been a pleasure working with City Manager Paul Arevalo for the few months since I have been in office. He loves West Hollywood deeply and his commitment to us is reflected in our incredible staff that he has managed and developed for so many years,” Councilwoman Sepi Shyne said.

“In a city full of people with big feet, Paul leaves some exceptionally large shoes to fill. West Hollywood would not be the place it is without his decades of public service, and I think we can all be grateful to have witnessed and benefited from his leadership,” Councilman John D’Amico said.

Councilman John Erickson, who worked for the city before he was elected to council, called him “an exemplary leader.”

“I’ve seen him in pretty much every facet and he’s always put the city’s mission and core values into all of his actions. We have Paul’s steady hand and leadership to thank for our fiscal responsibility that we’ve had,” Erickson said. “I only wish him the best of luck, great regard on his next adventure during retirement.”

Arevalo said he’ll treasure the work he was able to do with council members, even when times were challenging, adding that the occasional friction was good because it “helped create positive change.”

In his retirement, Arevalo joked that he’ll first take some time to exhale. Then he plans to remain an active member of the California City Management Foundation.

But he stressed that while he’s retiring, and taking some time for himself, he’ll remain a phone call away from his soon-to-be-former colleagues.

“I’m hoping when I walk away from 8300 Santa Monica Blvd. – our City Hall – that those who follow in my footsteps will know that I’m a resource for them going forward,” he said.

“I say this jokingly that I never need to go to another council meeting ever again, but I will miss the staff. I’ve been there for 31 years,” Arevalo added. “I’ve been able to work and help grow and mentor some amazing people in the organization. For me, they’re going to be lifelong friends.”

Thank you Paul for your work!