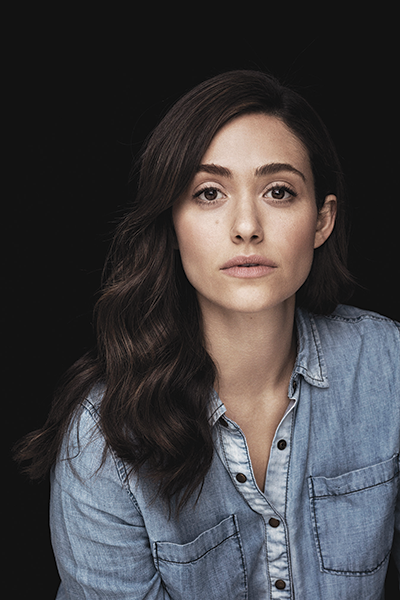 Emmy Rossum, best known for her performance as Christine in “The Phantom of the Opera,” will emcee the event. (photo courtesy of United States Holocaust Memorial Museum)

Members of the Western Region community of the D.C.-based U.S. Holocaust Memorial Museum are coming together virtually on March 11 at 7 p.m. to support the museum’s efforts.

The COVID-19 pandemic rapidly changed much of how the USHMM does its work, but not why it’s done. Eric and Suzi LeVine, from Seattle, will represent the Western Region Leadership Committee and join Museum supporters from the 10 western states, Alaska, Arizona, California, Hawaii, Montana, Nevada, New Mexico, Oregon, Utah and Washington, to renew its pledge to ensure that the critical lessons of the Holocaust – lessons about the fragility of societies, the nature of hate and the consequences of indifference – help shape our nation’s way forward.

The annual “What You Do Matters” Western Region Dinner normally held in Los Angeles that historically attracts up to 1,000 guests in-person, including many Holocaust survivors, will this year feature the theme of “Survival, Hope and Resilience” with special guests; compelling Holocaust testimonies from survivors and liberators told by celebrities Morgan Freeman, Jamie Lee Curtis, Camryn Manheim and Tim Matheson, among others; inspiring specialty music; and important messages about the museum’s role in these challenging times.

Emmy Rossum will emcee the “2021 Western Region Virtual Event.” Rossum was nominated for a Golden Globe Award for her performance as Christine in The Phantom of the Opera and starred in nine seasons of Showtime’s critically acclaimed dark comedy series, “Shameless.” She has been an outspoken critic of anti-Semitism and bigotry in Hollywood.

Taking part in a special segment will be Gerda Weissmann Klein, Holocaust survivor, acclaimed author, humanitarian, subject of the Academy Award-winning documentary, “One Survivor Remembers,” and 2011 recipient of the Presidential Medal of Freedom. “One Survivor Remembers” relates the harrowing story of Klein and her journey of survival and remembering both before and after the war. Home Box Office and the United States Holocaust Memorial Museum co-produced the documentary film, which was awarded both an Emmy and an Academy Award.

“These challenging times compel us to present a program that initiates critical thinking, inspires self-reflection and motivates the community to create positive change,” said Marla Abraham, the museum’s director of the Western Regional Office. “We are grateful to have Emmy Rossum emcee our virtual event and recognize the significant work that the Western Region Leadership Committee put forth to make this non-traditional program deeply impactful. The event will be a memorable and powerful experience with appearances by Gerda Weissmann Klein, Derek Black and the musical performance by students from the Colburn School.”

The event is open to the public, but registration is required. Registrants will receive a link via email to access the program a day before the virtual event. Groups and individuals interested must register by March 10. Multi-level sponsorship opportunities are available and begin at $1,000. Sponsorships are being accepted now through March 1.