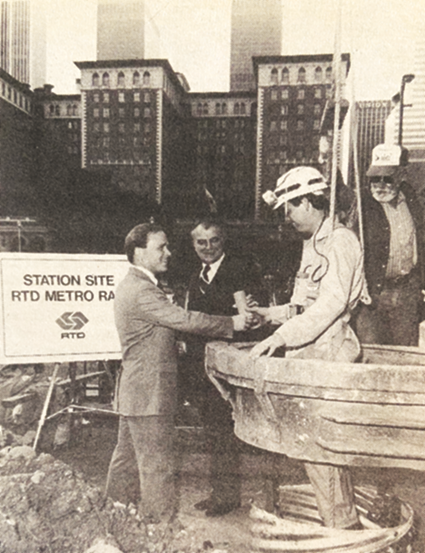 A photograph in the March 17, 1983, issue of the Park Labrea News showed initial construction on the Wilshire Subway, as it was called at the time. Exploratory holes were being dug to gather geotechnical information about water tables and subsurface conditions. The Los Angeles County Metropolitan Transportation Authority was known then as the Southern California Rapid Transit District. In the photograph, RTD Board President Mike Lewis, left, and General Manager John Dyer examined a soil sample taken near Fifth and Hill streets. Metro is currently building the Purple Line Extension subway project under Wilshire Boulevard in the Miracle Mile, Beverly Hills, Century City and Westwood. The first of two tunneling machines recently reached the Wilshire/La Cienega station, the end of the first phase of the project.