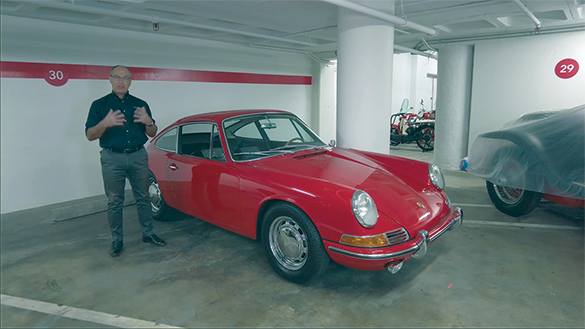 The Petersen Automotive Museum launched a new series unboxing history, where museum archivist Laura Fisher unboxes the first issue of “Hot Rod Magazine” along with other artifacts from Petersen Publishing.

Petersen Publishing was founded in 1948 and is known for producing some of the world’s most-popular automotive titles including Hot Rod Magazine, Motor Trend Magazine, Automobile Magazine, Car Craft Magazine and Super Street Magazine. The Petersen Publishing Archive features 1.5 million digital images that are accessible to the general public at petersen.org.

Among other videos on the YouTube page include an exclusive first look at the iconic 1964 Porsche 901, which first debuted in 1963 at the Frankfurt Auto Show and would later be renamed the 911 after a legal dispute with Peugeot.

Petersen Automotive Museum Chief Historian Leslie Kendall takes viewers on a virtual tour of the car, which was advanced in comparison to the Volkswagen-derived Porsche 356 engine. Over several years, the 901 coupe has been restored to prize-winning condition and represents one of the pivotal moments in Porsche’s history.

The videos are available at youtube.com/user/petersenmuseum. For information, visit peterson.org.