The ‘Snyder Cut’ chugs along without concern 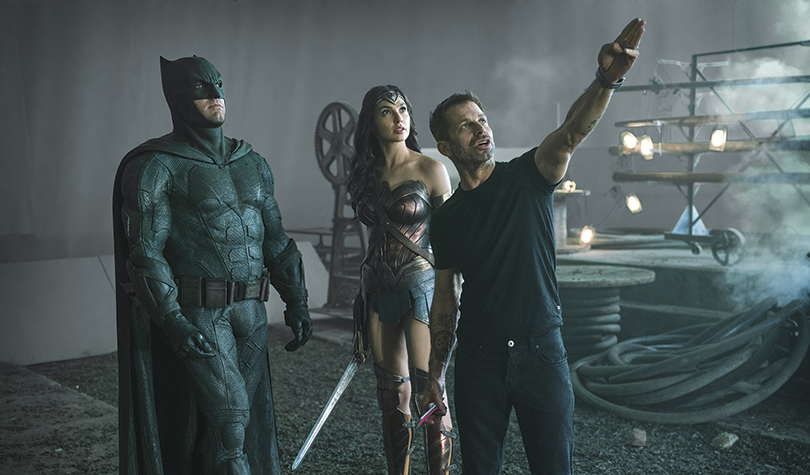 After a tumultuous journey, Zack Snyder’s cut of 2017’s “Justice League” arrived on HBO Max, now called “Zack Snyder’s Justice League,” to far more critical praise than any other extended version of the auteur’s other films (namely, “Watchmen” and “Batman v Superman”) and positive reception from Snyder’s fans as well.

The core remains intact: galactic villain Steppenwolf (Ciarán Hinds) seeks three Mother Boxes, sentient computers hidden on Earth. If they merge, all life on this planet ends. Batman (Ben Affleck) and Wonder Woman (Gal Gadot) attempt to recruit members of a team to prevent this and other word atrocities, but interest is mixed. They’re less inspiring or recognizable as Earth’s ultimate protector, Superman (Henry Cavill), who died during the final showdown of “Batman v Superman: Dawn of Justice.”

At a whopping four hours, the Snyder cut takes its time, and elating in every little detail doesn’t serve much purpose, especially in the first 80 minutes. Added scenes of Bruce Wayne traversing dangerous mountain terrain, a few more scenes that drag out sequences that the theatrical cut infer and even an Icelandic folk song that marks Aquaman’s (Jason Momoa) dramatic exit from a small village (and the random singer who picks up his sweater and sniffs it).

And then there’s the Flash’s (Ezra Miller) new introduction, complete with hot dogs flying in the air following a car crash and a slow-motion save of his crush Iris West (Kiersey Clemons). This sequences exemplifies Snyder’s weirder impulses: a superhero in slo-mo surrounded by flying meat, a “Song to the Sirens” cover and that loner-speedster momentarily caressing his crush’s face before saving her.

Snyder loves some slo-mo, not merely whenever the Flash runs, but everywhere else, from Wonder Woman’s debut to a highly saturated football game in Victor Stone’s (Ray Fisher) backstory leading to the events that made him Cyborg.

Aesthetic and random choices aside, the Snyder cut provides both the Flash and Cyborg more to do, especially Cyborg, who receives a full origin story this time around. That part works especially well.

But the problem with Snyder’s work remains consistent: his characters never quite feel human, replacing personality with brooding and laser focus on the dilemma at hand. Snyder wants his heroes to be gods, and gods don’t concern themselves with mortal affairs. 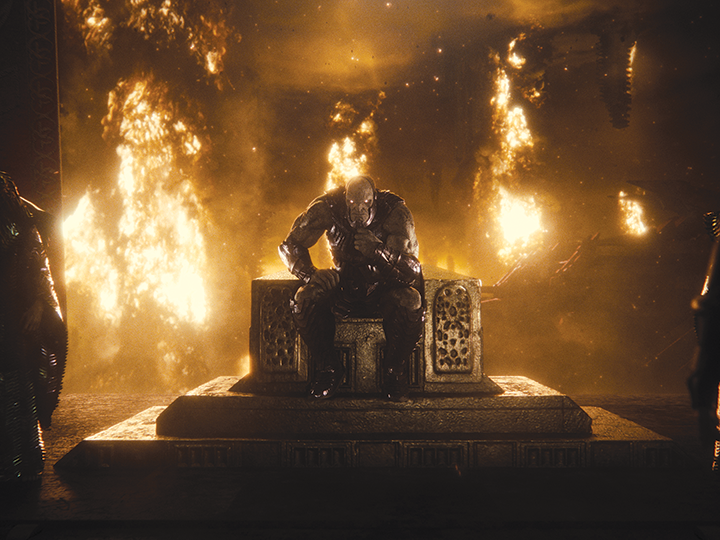 That doesn’t matter for a digital brigade of unknown size. For those diehard fans, this is a major win, proof Whedon besmirched the original director’s vision. And plenty of critics and longtime Snyder doubters have even called it remarkable. But the idea of rewatching a four-hour film that’s 25% dull, 15% unnecessary, 5% confusing and 55% enjoyable hardly feels like a success.

This thing needs editing – a separate set of eyes polishing, fine tuning and omitting Snyder’s more self-aggrandizing sequences – which brings us right back to where the drama began. Best to just move on.

As for what’s here: it’s long. That’s not inherently bad. Horror film “Midsommar” ran 141 minutes, surpassing more of its kin that average less than two hours. The “Return of the King” extended cut surpassed four hours as well. And “Avengers: Endgame” reached three hours. They all target similar audiences, asking more of their spectators, but they spend their time more wisely.

The Snyder cut desperately tries to be revelatory, dark poetry amidst the Marvel Cinematic Universe’s lighter offerings. Christopher Nolan was doing that first, but most DC films can’t seem to recapture what made those films so compelling. An unstoppable villain without much else going on – also hinting at another more powerful villain, who’s only enticing because of his long comics history – has become the primary trope across most superhero media.

Perhaps the most interesting promise of something truly refreshing arrives in the epilogue (the Snyder cut includes chapter titles a la any Tarantino flick) that continues a tease from “Batman v Superman”: a dystopian future or an alternate dimension bring together heroes and villains to combat a former hero and an even greater foe. Those moments are more engaging, with a specific performance that stands out.

But nothing will come of this, at least as of now. Due to a host of issues, the Justice League never got the proper introduction, and this revised version is merely posterity, a fond farewell to a film franchise that frantically tried to catch up with a competitor without putting in the proper emotional connection to make it work. Perhaps the next “Flash” film will reset the timeline.