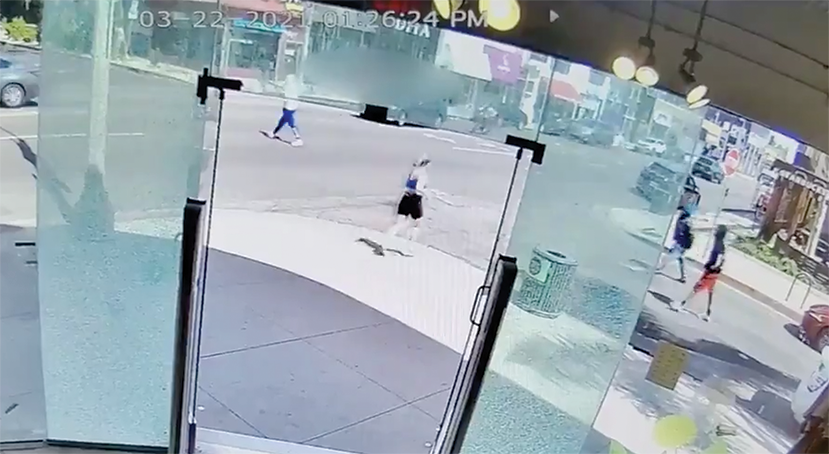 A security camera captured video footage of the three suspects crossing the street seconds before the robbery, police said. (photo courtesy of the LAPD)

Detectives from the Los Angeles Police Department’s Wilshire Division are asking for the public’s help in identifying three male suspects who allegedly robbed a victim on March 22 in the 7600 block of Melrose Avenue.

The victim was walking with his girlfriend at approximately 1:40 p.m. after dining at a nearby restaurant, police said. The three suspects approached the victim, physically assaulted him and demanded his property. One of the suspects allegedly pulled out a handgun and stole a gold necklace from the victim.

The suspects were described as Black men approximately 20 to 30 years old. They fled in a red four-door sedan driven by a fourth unidentified man.

Investigators found security camera footage that shows the suspects seconds before the robbery, and the suspects’ vehicle driving away. To view the footage, visit lapdonline.org/home/news_view/67425.