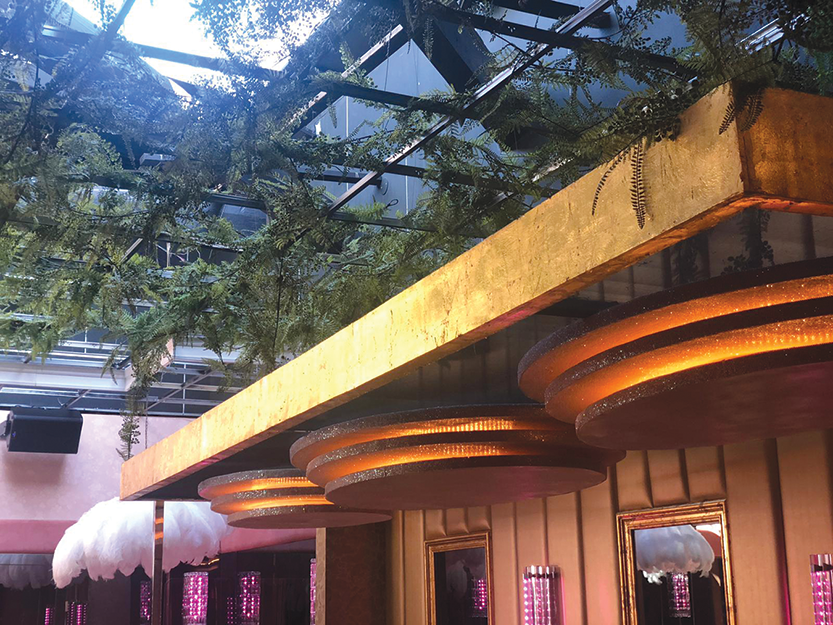 The owners of the Classic Cat restaurant claim the retractable roof makes the dining area an outdoor patio. (photo courtesy of Classic Cat)

The owners of a Sunset Strip restaurant are suing the city of West Hollywood and the Los Angeles Department of Public Health, alleging the entities incorrectly labeled their outdoor patio as indoor, forcing the restaurant to close.

The refurbished Classic Cat restaurant, 8830 Sunset Blvd., now might be closed for good after city and county inspectors issued a citation to the restaurant last month, ordering the restaurant to shut its doors by March 5, according to co-owner Donn Berdahl.

The restaurant was originally supposed to open in March 2020, but those plans were put on hold as the timing coincided with the beginning of the coronavirus pandemic, which led to limits on restaurant dining in L.A. They opened shortly in July, before reopening again after some limitations were lifted to allow outdoor dining in January. They’ve since been closed since Feb. 23.

Berdahl called the situation “frustrating,” saying that the dining area has long been considered an outdoor patio, including when it was a previous concept that he was involved with.

The restaurant’s owners filed a civil rights suit, alleging that they were targeted by the city and county and did not have a right to due process, in Los Angeles Superior Court on Monday. They are seeking injunctive relief plus unspecified damages, claiming they’re missing out on $5,000 a day in revenue and potentially $20,000 for events.

“We’re very surprised to say the least and why I’m marginally frustrated that they’re painting a picture that we don’t care about COVID – it’s very odd. … It’s just not correct,” Berdahl said. “We’ve done everything they asked and then some.”

The city of West Hollywood said in a statement that all city businesses “have a duty and responsibility to comply for the safety of their guests and employees.”

“On March 16, 2020, the city of West Hollywood’s City Council approved a declaration of local emergency to ensure the availability of mutual aid and to safeguard community health and safety in responding to the novel coronavirus/COVID-19,” the statement read. “While the city of West Hollywood cannot comment on any specific legal actions, the city is in the jurisdiction of the Los Angeles County Department of Public Health and the city actively enforces the L.A. County Health Officer Order and related protocols.”

On Wednesday, the public health department sent a letter clarifying that the state has said that all permanent patios fall under the same guidelines for temporary structures.

Berdahl and his partners’ vision for the Classic Cat was to build on the heritage of the historic restaurant that was a popular stop for locals, tourists and celebrities, including Adam West, Charlton Heston, Chevy Chase and Jim Morrison. 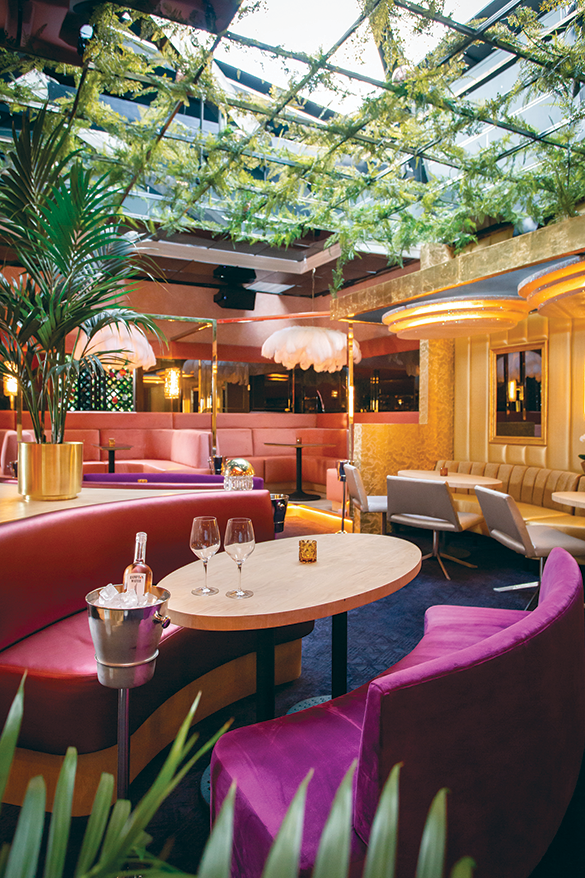 A view of the dining area at Classic Cat restaurant, which is suing West Hollywood and the L.A. Department of Public of Health, alleging their outdoor patio was unfairly closed. (photo courtesy of Classic Cat)

The concept includes a dining area, enclosed fully on three sides with a lattice wall on one side, with a retractable roof. The restaurant provides dinner and transitions to a nightclub at night with the roof closed.

The spot was previously occupied by a venture from Berdahl and other partners that included outdoor dining. During the planning stages for that venture, they sought to expand the dining area, and the city labeled the patio as an “existing outdoor dining area,” according to the lawsuit.

“It has been an outdoor dining patio and outdoor dining for 5-1/2 years essentially and been designated as such, which obviously adds to my confusion,” Berdahl said.

“The designation of Classic Cat’s patio area as ‘indoor’ was arbitrary, capricious and in violation of plaintiff’s due process rights. The resulting damage to plaintiff is extensive and will continue if the unconstitutional conduct is not prevented by this court,” the suit states.

Brian Neach, an attorney for Berdahl, had sought clarification on that 50% threshold, as he felt that it only applies to temporary structures. He added that the change-up in closure dates was further confusing, which was exacerbated by the fact that they could not get a clear response from the city attorney and public health department regarding the true closure date.

“Everybody’s punting and nobody is taking responsibility, and, in the meantime, businesses are suffering,” he said.

Berdahl said he and his partners ultimately made the decision to close immediately. That comes on the heels of owners spending thousands of dollars going above and beyond the reopening requirements, setting up custom plexiglass in-between tables, removing extra tables below the 25% capacity threshold and hiring private security to monitor mask wearing, he said.

“We did that because of an overabundance of caution because we wanted to show the city that we are taking this seriously,” he said.

Berdahl, who took his earnings as a college basketball referee and invested them in the Classic Cat and other restaurants, said the whole ordeal has made him lose sleep, and that he’s scared what will happen if the business can’t reopen.

“This is my life savings,” he said. “I put a lot of what I consider an enormous amount of money into this thing. If it fails, it’s going to be devastating. Probably bankruptcy for me.”