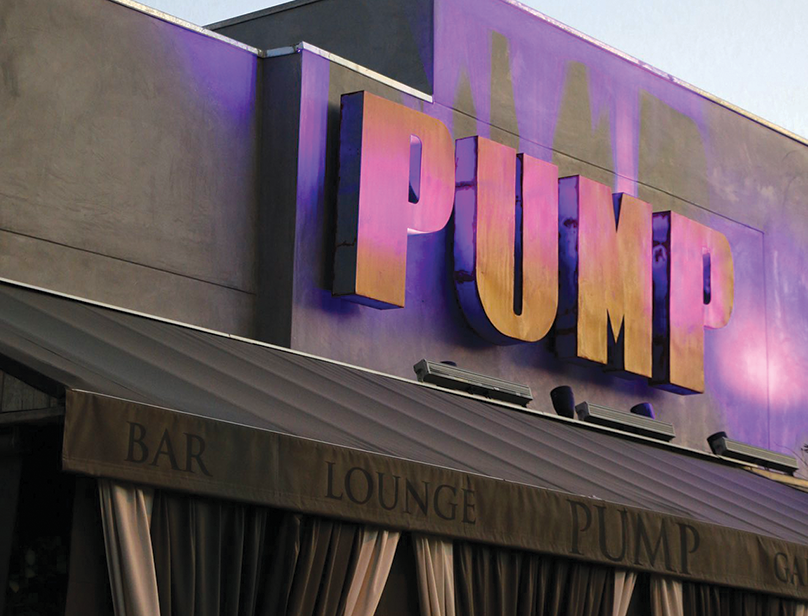 As part of the plan, restaurants will be able to expand into the street, similar to the city’s Outdoor Use Temporary Zone program. (photo courtesy of Pump)

West Hollywood West residents expressed strong concern about a plan to close off parts of Robertson Boulevard on weekends to stimulate business, saying that it was passed without their input and will bring noise, traffic and other “chaos” into their neighborhoods.

Those comments were made on Wednesday, March 24, during a neighborhood association meeting with city staff to discuss the plan, a few weeks after the West Hollywood City Council unanimously voted to initiate the pilot program to close North Robertson Boulevard just south of Santa Monica Boulevard to vehicles starting at 6 p.m. on Saturdays until 2 a.m. on Mondays.

The closure is designed to essentially serve as an extension of the city’s Outdoor Use Temporary Zones project, which allows businesses impacted by COVID-19 to operate in the street, according to Tara Worden, business development analyst for the city.

Plans for the space include a farmers’ market, as well as tents and booths for vendors, pedestrian areas, space for yoga and kids zones. At night, some of the restaurants would operate outside with expanded dining. At least one – the Abbey Food and Bar – has already expressed interest in moving outside, and would provide security to queue patrons safely and have spaced-out seating.

“The first couple weekends, we’re aiming to have between five and six – maybe seven – booths. It’s going to be very small,” Worden said. “This is the city trying to support our business community in providing space for them to expand outward.”

With the pilot program just a few weeks away from its launch, Manny Rodriguez, West Hollywood West Neighborhood Association vice president, said he had “never seen anything like” the city’s implementation of the plan.

“I don’t know how many times I’ve said the same thing to city council members and they’ve just come up with more and more of these plans that just impede our neighborhood,” she said.

West Hollywood Assistant City Manager Oscar Delgado assured the residents they “are doing everything to mitigate the impacts” to their neighborhoods.

“You have our word that we will stay on top of it – we always have,” he said. “Our goal is not to negatively impact the residential community that we value so much.”

The ultimate goal is to spread people out on a street that has had issues with pedestrian and vehicle interaction in the past, Delgado said. He said that they will have even more space to do so when the improvements to West Hollywood Park open this fall and extend the pedestrian area.

“It really is about making it a safer pedestrian experience,” he said. “When it opens up, it will add to the ambience of this closure.”

The two-week soft opening will allow staff to evaluate who and how many people show up and the types of programming that the public is interested in, according to Paolo Kespradit, the city’s management specialist, who added there will be security and parking attendants on site.

He said that the city has already made some changes to the plan to alleviate business and resident concerns, saying that they’ve moved the closure up to El Tovar Place during the day on Sunday, so people can access businesses like Anawalt with their vehicles during the weekend.

“We wanted to be really sensitive to ensure that customers could access these areas and patronize these businesses,” Kespradit said, adding that the closures were designed to help businesses. “Obviously for Anawalt, they have larger types of items [for sale], so that way [customers] can access that parking lot area.”

Despite the plan, residents questioned its necessity and said that it will impact the neighborhood.

Barnett said that there already is noise from restaurants on weekends, as well as people who ignore parking restrictions and park in the surrounding neighborhood regardless.

“When you have hundreds of people that will be coming here Saturday night, Saturday day, they’re going to be parking and blocking our streets,” she said. “This is going to be a nightmare.”

“It will cause nothing but inconvenience and continue to add to the decline to our quality of life for the people who actually live here,” Norma Triangle resident Bobbie Edrick said. “We pay taxes, we live here, it’s our neighborhood.”

Kespradit said that the pilot program requires them to go back to the City Council after three months and that it will incorporate neighbors’ concerns – along with business concerns and evaluation of the program – into that report.

“We’ll be able to combine some of the notes we have from this meeting, as well as all our other meetings, to evaluate the program to council,” he said.