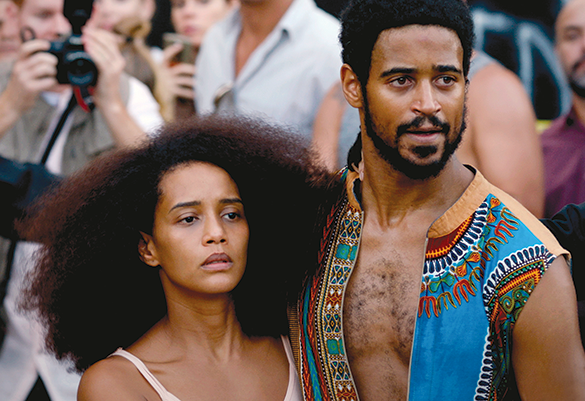 The 14-day 2021 Pan African Film Festival kicked off on Feb. 28, featuring more than 200 films made by and about Black people from 83 countries, including 168 narrative films, 39 documentaries, 159 short and mini short films from 45 countries and in 43 languages.

Actor, activist and festival co-founder Danny Glover opened the event with the U.S. premiere of David Oyelowo’s director debut, “The Water Man.” The invitation-only screening attracted 600 viewers and was followed with a Q-and-A discussion with Oyelowo and the film’s two stars, Lonnie Chavis and Amiah Miller.

The festival also joined Amazon Studios in hosting the world premiere of the highly anticipated sequel, “Coming 2 America,” starring Eddie Murphy and Arsenio Hall. The comedy, which is set in the lush and royal country of Zamunda, stars Murphy as newly crowned King Akeem, with Hall as his trusted confidante, Semmi, as they embark on a hilarious adventure that has them traversing the globe from their African nation to the borough of Queens – where it all began.

Other highlights of this year’s festival include Nate Parker’s “American Skin” and a special conversation with director Lee Daniels and the cast of “The United States vs. Billie Holiday.”

Closing Night will spotlight Lázaro Ramos’ directorial debut “Executive Order,” which is set in a dystopian near-future in Brazil, where an authoritarian government orders all citizens of African descent to move to Africa – creating chaos, protests and an underground resistance movement that inspires the nation. “Executive Order” will screen globally on Sunday, March 14, at 6 p.m. Ramos’ and members of the cast will participate in a Q&A following the screening.