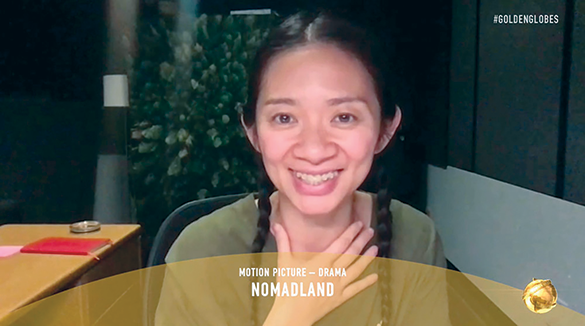 The telecast was hosted by Tina Fey and Amy Poehler, who appeared on each coast, with Fey at New York’s Rainbow Room and Poehler at the Beverly Hilton in Los Angeles. Jane Fonda was honored as the 2021 Cecil B. deMille Award honoree, while Norman Lear was honored with the 2021 Carol Burnett Award.

The Hollywood Foreign Press Association, MRC and NBC donated $2 Million To Feeding America during the telecast. The show highlighted the charity, which is the nation’s largest domestic hunger relief organization, its COVID-19 Relief Fund and Community Organized Relief Effort.

The full show is available for streaming on Peacock. For information or to see the full list of winners, visit goldenglobes.com.