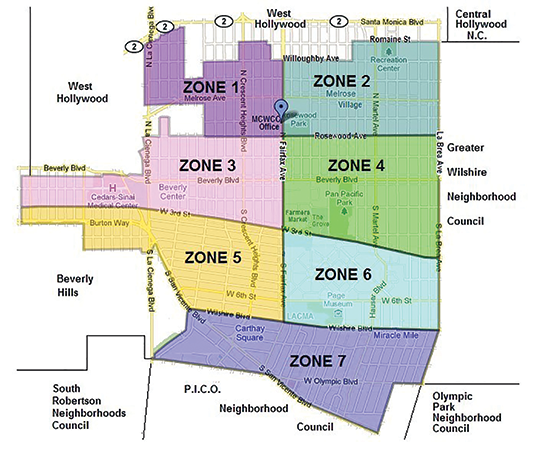 Elections for the first batch of Los Angeles Neighborhood Councils, including the Mid City West Community Council, are heading into their final stretch this week, with ballots due by Tuesday, March 16.

The Neighborhood Councils, which are overseen by the Department of Neighborhood Empowerment, were created to serve as advisory bodies to allow volunteers to advocate for their communities to elected officials on issues like development, homelessness and emergency preparedness.

Unlike previous years, all ballots will solely be conducted by mail, with the final registration date Tuesday, March 11. Ballots must be postmarked by election day and received within three business days to count. The first set of unofficial results is tentatively scheduled for March 23. Ballots can be dropped off starting Friday, March 12, at 9 a.m. at the Fairfax Branch Library, 161 S. Gardner St., until Tuesday, March 18, at 8 p.m.

Almost all of this year’s candidates for the Mid City West Community Council have lumped themselves into a pair of slates, one focused on promoting progressive issues, while the other focused on amplifying the voices of the community.

The Mid City West Progressive Slate, which currently makes up nearly the whole council, is advocating for key policy positions, including promoting social and racial equity; accessibility in the region, whether it’s alternative modes of transportation or safe streets with vehicles; and addressing homelessness.

Michael Schneider, a candidate for the business seat and a current representative in Zone 2, said that the goal of the slate is to “maintain a Mid City West level of progressiveness,” as he feels that other neighborhood councils are “not always the most progressive places on Earth.” 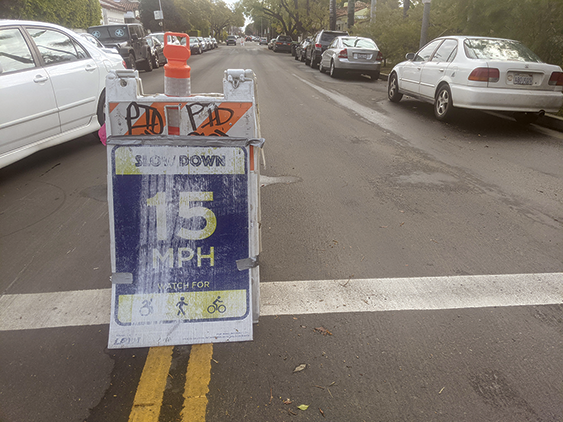 The Slow Streets program is seen by the Mid City West Progressive Slate as something they want to build on. (photo by Edwin Folven)

The Mid City West Community First Slate was formed as a response to what stakeholders felt was the progressive members acting outside their elected duties, according to Barbara Gallen, who is running for reelection for her Zone 6 seat.

She said that the board is currently dominated by individuals who call themselves progressives – with her and two or three other members being an exception – and that they “very consistently vote against the neighborhood that will be impacted by their decision.”

“We don’t exist as a neighborhood council to promote our personal vision of Los Angeles,” she said. “We are not in higher office. We are not running for governor. We are not even running for City Council at the level. We are running to play the role that is advertised. … It’s our job to turn on the microphone and amplify that voice to the city. It’s not our job to set that agenda.”

Schneider cited examples of what the progressive slate hopes to accomplish, including expanding the Safe Streets program, an effort to put up signage around residential neighborhoods to promote slower driving, and said it’s their goal to make that program permanent.

He said that it’s been sometimes tough working with elected officials to advocate for their priorities, with the most notable example being Councilman Paul Koretz’s rejection of Uplift Melrose, a plan that would have redone Melrose Avenue between Fairfax and Highland avenues with wider sidewalks, street lights and curb-level bike lanes.

Gallen, meanwhile, cited a “consistent pattern” of progressive candidates going against the wills of the public and the neighborhoods they represent. She said a notable example was the Mirabel project, which was approved by the Mid City West Community Council despite objections from many community members.

“It has created the impression over time consistently that the decision had already been made and whether the neighbors came or did not come, whether they wrote or did not write, did not enter into the determination,” she said. “This community is really, really disconnected from this progressive regime board that has evolved over the last six years that is something so far afield from what it’s published purpose is.”

The campaigning between the two slates has at times turned contentious, with allegations that opposing sides have illegally campaigned, stolen website URLs, contacted each others’ employers and questioned the legitimacy of candidates.

“We’re all volunteers, we may have different visions for what’s best for our community, but it does dishearten me to see the level of lies and misinformation that were very prominent at the national level and still are … seeping into very local politics,” Schneider said. “It’s sad but I guess it’s the nature of the beast.”

John Darnell, Neighborhood Empowerment Advocate for the city of Los Angeles, pointed to the candidate guidelines for the election, which includes reporting illegal activity to the city clerk’s office.