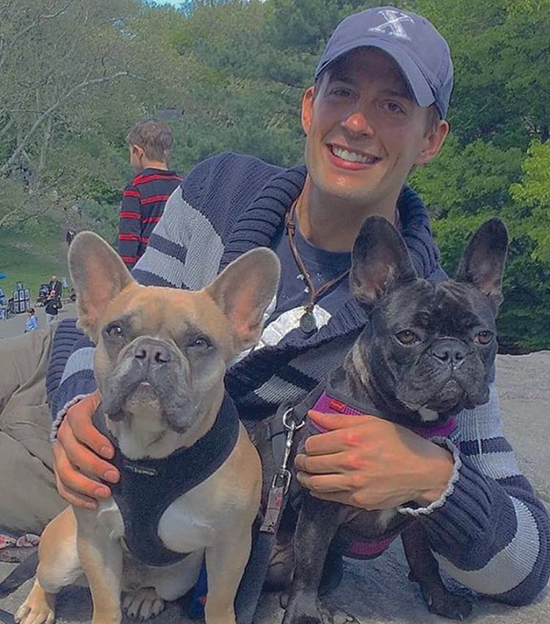 A police investigation continues into the shooting of Lady Gaga’s dog walker and the theft of two of the pop star’s French bulldogs on Feb. 24 in Hollywood.

The victim who was shot, Ryan Fischer, is recovering and released a statement on March 1 from the hospital via social media. The two dogs, named Koji and Gustav, were turned over to police on Feb. 26 after they were found by an unidentified woman, authorities said.

The shooting occurred at approximately 9:40 p.m. as Fischer was walking the dogs near Sunset Boulevard and Sierra Bonita Avenue. Two men in a white Nissan Altima pulled up, jumped out and confronted the victim. One of the men was armed and shot Fischer once in the chest during a struggle, police said. The suspects allegedly reentered their vehicle with the two dogs and were last seen heading northbound on Sierra Bonita Avenue toward Hollywood Boulevard. A third dog was recovered at the scene.

People who heard the shots called paramedics and police, and Fischer was taken to a hospital in critical condition. He improved by Monday, when he was listed in stable condition. Authorities did not say when he would be released from the hospital.

The LAPD’s Robbery-Homicide Division was assigned to investigate because it handles high-profile cases. Information about the robbery was widely broadcast on media outlets and social media. On Feb. 26, an unidentified woman notified Lady Gaga’s staff that she had found two dogs matching the stolen French bulldogs’ description, and arrangements were made to meet detectives at the LAPD’s Olympic Division, where the dogs were returned, police said. Authorities declined to release information about where the woman found the dogs or any further details out of concern for her safety and the ongoing investigation, police said.

The two suspects were described as Black men, 20-25 years old. The armed suspect allegedly had blond dreadlocks and was wearing a black hooded sweatshirt. The other suspect was wearing dark clothing. The robbery and shooting was captured on security camera video. 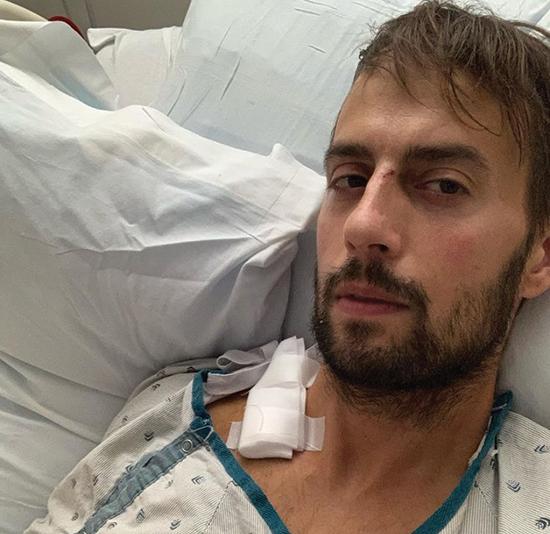 Ryan Fischer posted a photograph of himself in the hospital with a statement on social media. (photo courtesy of Instagram)

Fischer said was grateful for the support he has received since the robbery and shooting and thanked friends and family.

“I am still in recovery from a very close call with death and have kept myself … from the growing media story. I will write and say more later, but the gratitude for all the love I feel from around this planet is immense and intense. I felt your healing support. Thank you,” Fischer said in his statement. “I am humbled and grateful that attention and focus from the police were enough to get Koji and Gustav back to safety, and I know they are committed to bringing these criminals and attempted murderers to justice. I am so appreciative of everything you continue to do.”