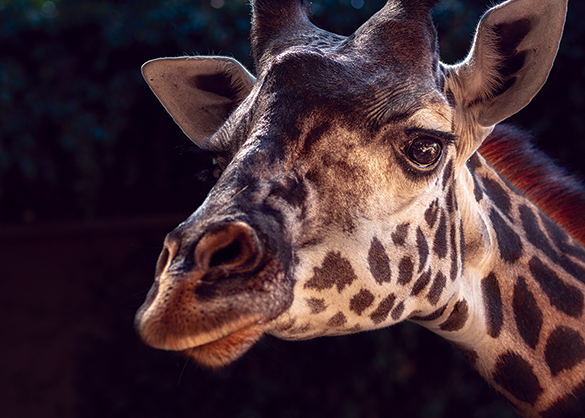 Hasina died after giving birth to what would have been her sixth calf. (photo courtesy of Los Angeles Zoo)

The Los Angeles Zoo announced that Hasina, a 12-year-old female Masai giraffe, and her full-term stillborn calf died on Monday.

Based on the abnormal breech position of the calf, a natural delivery was determined to not be possible, and the Animal Health team made the decision to proceed with an anesthetized exam to remove the calf manually. The calf was successfully removed, and Hasina recovered from the anesthesia and was doing well, but passed away Monday night.

“The zoo is devastated at the loss of Hasina and her calf,” Dr. Dominique Keller, chief veterinarian and director of animal health and wellness at the Los Angeles Zoo, said. “Hasina was a healthy giraffe in her prime, so we were hopeful that she would survive. There were many complicating factors at work in this procedure such as the difficult position of the breech calf and the length of time under anesthesia. Following the procedure, Hasina was standing on her own, which is a positive sign, but in the end she may have been too weak from the experience.”

The five-hour-long procedure began Monday morning and consisted of a team of over 30 Animal Care and Animal Health staff working together to remove the unborn calf and save Hasina’s life. This would have been Hasina’s sixth giraffe calf, three of which were sired by 9-year-old Phillip. Hasina came to the zoo from the San Diego Zoo in March 2010 and has been an ambassador for her species and instrumental in adding to the sustainable population of Masai giraffes at the Los Angeles Zoo.

The remainder of the giraffe herd, Phillip, Zainabu, Sofie and James, will remain out in their habitat during normal zoo hours, weather permitting.