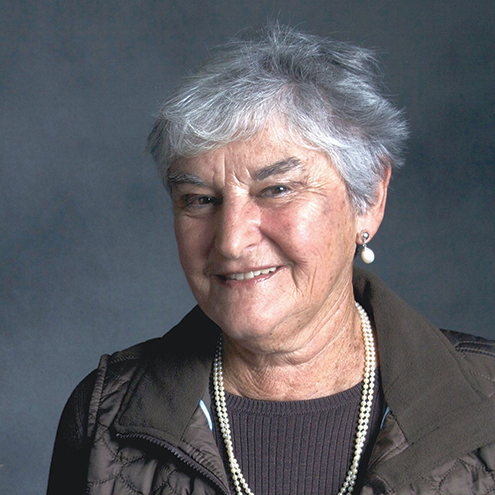 Lea Radziner, who survived the Holocaust thanks to the Dutch underground, will be speaking on March 25. (photo courtesy of Holocaust Museum LA)

In celebration of Women’s History Month, the Holocaust Museum LA is honoring female heroes from the museum community throughout the month of March to shine a light on their incredible stories of survival and strength.

On Tuesday, March 23, Beverly Hills City Councilwoman and former mayor, Lili Bosse, will speak with Holocaust Museum LA CEO Beth Kean on the impact her mother’s “never give up” outlook, determination and optimism had on her drive to become a community leader and activist committed to justice and equity. Her mother, Rose Toren, survived Auschwitz by escaping a death march and hiding.

On Thursday, March 25, Holocaust Survivor Lea Radziner, who was born in Amsterdam on Nov. 10, 1938, the day after Kristallnacht, will speak. A few weeks after the German invasion, her father was arrested and deported to Mauthausen. Her mother then made the difficult decision to separate her family to save her daughters. She placed each daughter with a different family connected with the Dutch underground. She was eventually rescued by a Christian farming family in the southern part of the Netherlands. Her mother and sister also survived the Holocaust, and the three reunited in 1945. They lived for many years in Brazil until she settled in Los Angeles.

To RSVP, visit holocausmuseumla.org. A $10 donation per event is recommended.