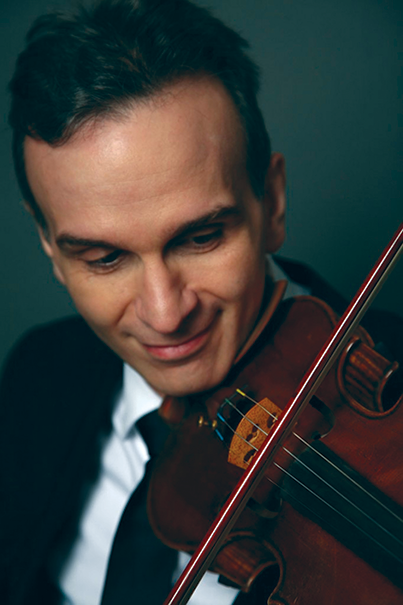 Grammy Award-winning violinist Gil Shaham’s appearance comes on the heels of a release earlier this month of his first solo recording in years. (photo courtesy of Gil Shaham)

The program also includes “Fratres,” composed in 1977 by Arvo Pärt with his distinctive triad-based technique. The orchestra itself is the visual focus of the episode, shot by cinematographer Michael Elias Thomas utilizing cutting edge filming techniques. Video effects are by production designers Yuki Izumihara and Yee Eun Nam, with direction by LACO Creative Director of Digital Content James Darrah.

The new episode is available to the public at no cost and can be streamed on demand following its premiere on Friday, March 26, at 6:30 p.m. at laco.org/close-quarters, as well as on YouTube and Facebook live. A digital pre-concert conversation begins at 5:30 p.m.

“Gil Shaham’s virtuosic artistry, musical creativity and the unabashed joy he projects in his performances and recordings inspire audiences around the globe,” LACO Executive Director Ben Cadwallader said. “We are particularly pleased to present his LACO debut in the intimate setting of LACO Close Quarters captured through the remarkable camera lens of cinematographer Michael Elias Thomas.”

Shaham’s LACO appearance comes on the heels of the release earlier this month of his first solo recording in several years, which includes his first-ever recording of Beethoven’s Violin Concerto as well as the Brahms concerto. He has previously recorded more than two dozen concerto and solo CDs, earning multiple Grammy Awards and other accolades. Shaham, who plays a 1719 Stradivarius, is noted for his flawless technique combined with his inimitable warmth and generosity of spirit that has solidified his renown as an American master. The Illinois-born, Israel-raised violinist is sought after for concert and recital appearances on the world’s great concert stages.

Close Quarters’ “digitally native” programs, created specifically for streaming and hailed as “musically and artistically compelling” by the Los Angeles Times, have drawn nearly one million views since debuting in November 2020. Between 30 and 40 minutes in length, they are safely filmed at the Colburn School’s Olive Rehearsal Hall.