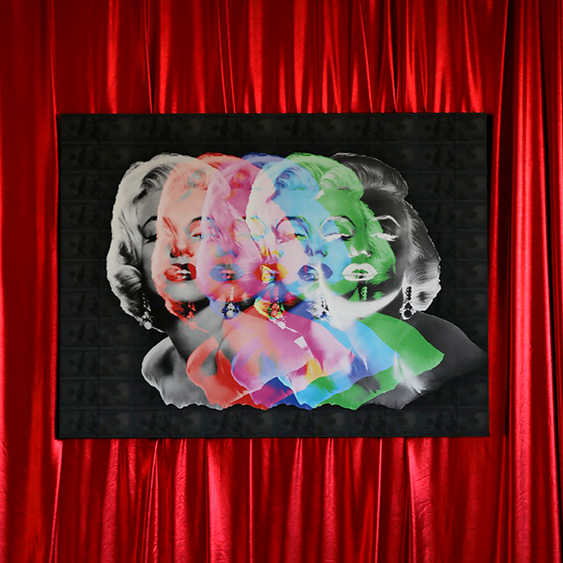 One of the world’s most notorious counterfeiters, Arthur J. Williams Jr., who learned how to paint while in prison, has announced the opening of his gallery at DaVinci Gallery in Beverly Hills.

Open for private appointment, DaVinci Gallery is the first COVID-19-free business of its kind, utilizing state-of-the-art UV lights placed throughout the gallery, touch-free sanitizing stations and, to practice social distancing, each exquisite piece has been positioned 6 feet apart from the next. Hours of operation are Tuesday-Saturday, noon to 6 p.m.

Williams, famous for being the counterfeiter who successfully replicated the “impossible to replicate” 1996 $100 bill, has had his exploits covered in Rolling Stone, VICE, Gizmodo, Forbes, featured on “American Greed” and chronicled in the book “The Art of Making Money” by Jason Kersten.

Convicted for his criminal wrongdoings, Williams spent more than a third of his life behind bars before his 40th birthday. While serving his last seven years, Williams passed the time by studying the works of Leonardo Da Vinci and Michelangelo and taking art classes taught by a fellow inmate.

During his incarceration, Williams took what he learned from studying the masters to create money-themed oil paintings, which incorporate the same level of detail found in his counterfeit work. All his works are painted in layers and he adds many of the security features found in real currency. All of William’s paintings include watermarks on the canvases that can only see when held up to light.

Williams also uses a number of revolutionary painting tropes that have become his signature, including iridescent ink that is only visible under a black light, canvases done with three-dimensional paint and elaborate prints on NASA space material.

“There are many artists today creating work that revolves around money. However, none of them have a personal connection and history to the subject matter quite like Arthur does. He’s sacrificed immensely for his craft. And within that sacrifice is a tremendous amount of value that’s created a unique skillset,” said Matthew Moore, founder of Artists Replete.

Turning from his life of crime to the world of art, Williams’ big break came when actor and former California Gov. Arnold Schwarzenegger invited him to his Los Angeles home to auction his paintings for the former governor’s charity, “After School All-Stars.” Williams’ showing raised over $180,000 for the charity.

Williams is no stranger to taking risks. And this past spring at the height of the COVID pandemic, he took another. Having been forced to close his gallery in his hometown of Chicago, in hopes of making a better life for his wife and children, he packed up the family and headed to California. Through hard work and talent, he said he is thrilled to showcase his work in his new gallery located in the heart of Beverly Hills.

While Williams and his family look forward to the day when he can have a grand opening, he is happy that art lovers can still experience his work safely.

His story goes beyond the world of art. He has brought inspiration to countless others experiencing hard times. In addition to creating new work, Williams donates a portion of his earnings to several charities, including After School All-Stars and Common Ground.