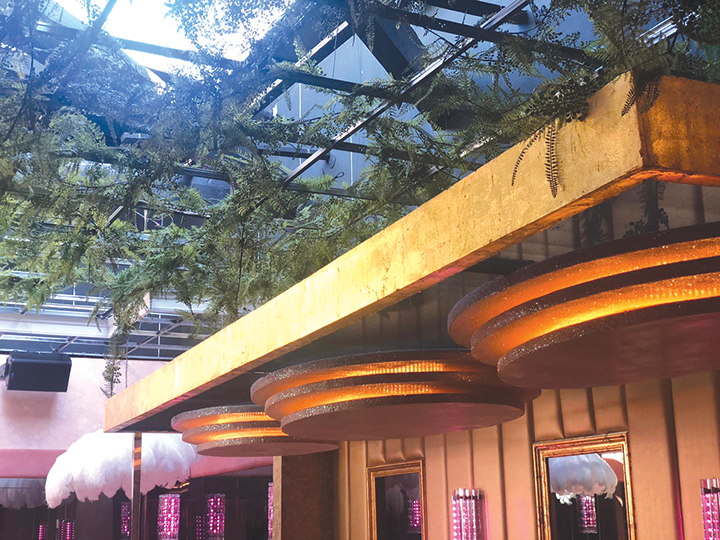 he Classic Cat restaurant in West Hollywood has been closed since Feb. 23 due to a dispute over whether a patio is outdoors or enclosed. (photo courtesy of Classic Cat)

Attorneys for a Sunset Strip restaurant suing the city of West Hollywood and Los Angeles County Department of Public Health have filed a request for a judge to grant them a temporary restraining order to reopen.

The owners of the Classic Cat, 8830 Sunset Blvd., had filed a civil rights lawsuit against the entities earlier this month, claiming that their patio – which has a retractable roof – was unfairly deemed as indoors. Representatives from the city and health department have maintained that it does not meet a 50% threshold to be considered outdoors, conditioning for reopening as part of the city’s efforts to curb the spread of the ongoing coronavirus pandemic.

The request for the temporary restraining order was filed on Wednesday, with a hearing scheduled for Friday at 8:30 a.m.

The refurbished Classic Cat restaurant, 8830 Sunset Blvd., has been closed since Feb. 23 after city and county inspectors issued a citation to the restaurant. The restaurant’s owners filed a civil rights suit, alleging that they were targeted by the city and county and did not have a right to due process, in Los Angeles Superior Court. They are seeking injunctive relief plus unspecified damages, claiming they’re missing out on $5,000 a day in revenue and potentially $20,000 for events.

Co-owner Donn Berdahl previously called the situation “frustrating,” adding that the dining area has long been considered an outdoor patio, including when it was a previous concept that he was involved with.

“We’re very surprised to say the least and why I’m marginally frustrated that they’re painting a picture that we don’t care about COVID – it’s very odd. … It’s just not correct,” Berdahl said. “We’ve done everything they asked and then some.”

The city of West Hollywood previously said in a statement that all city businesses “have a duty and responsibility to comply for the safety of their guests and employees.”

“While the city of West Hollywood cannot comment on any specific legal actions, the city is in the jurisdiction of the Los Angeles County Department of Public Health and the city actively enforces the L.A. County Health Officer Order and related protocols,” the statement said.

Last week, the public health department sent a letter clarifying that the state has said that all permanent patios fall under the same guidelines for temporary structures.