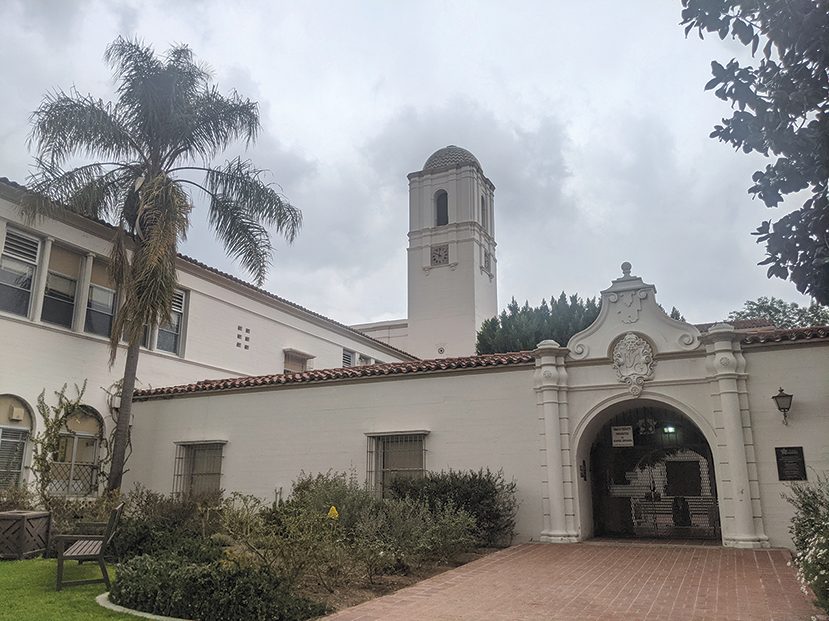 BHUSD elementary school students, including those at Hawthorne Elementary School, will return to in-person classes soon. (photo by Justin Sayers)

With the Beverly Hills Unified School District planning to resume in-person elementary school classes next week, the district and the Beverly Hills Education Association, the teachers union, finalized their agreement on a return to in-person classes.

The district had planned to return students in transitional kindergarten through second grade on March 4 and students in third through fifth grade on March 8. Last month, however, the BHEA filed an unfair practice charge with the Public Employment Relations Board. The legal action points out that in December, the union and district “agreed that grades TK-2 would not move to in-person instruction until Los Angeles County COVID-19 adjusted case rates were below 10,” BHEA Certificated President Alana Castanon said in an email.

“The parties also negotiated protective procedures that – assuming the adjusted case rates were below 10 – would help keep students and staff safe,” Castanon added.

“The district is now repudiating that agreement and directing teachers to return to work while adjusted case rates are higher than the parties had earlier agreed to. This is in clear violation of the district’s own contract, and it places BHUSD employees, students, their families and our community at greater risk,” Castanon said on Feb. 26.

The district and union began mediation this past weekend and a tentative deal was reached. After the March 3 approval of the agreement by the BHEA and the BHUSD Board of Education, BHUSD plans to return to in-person classes for students in transitional kindergarten through second grade on Monday, March 8, while students in third through fifth grade will return to in-person classes on Tuesday, March 9, district spokeswoman Rebecca Starkins said in an email.

The deal also includes “clearer systems for employees to obtain [personal protective equipment and] twice-per-week testing for all employees, among other items,” Starkins added.

“We believe we have demonstrated that we expect the school district to honor its agreements, but are pleased that this mediation has allowed us to work with the district to improve internal safety conditions and supports, thereby mitigating risks that would have been imposed by the new starting dates,” Castanon said.

Starkins said approximately two-thirds of elementary school students will return to in-person physical school for two hours and 20 minutes each Monday, Tuesday, Thursday and Friday, with Wednesday in-person classes lasting for one hour and 30 minutes. The remainder of the students, approximately 32%, will not return to in-person classes. They will either remain with online instruction or will continue with the Independent Learning Center that they opted into at the start of the semester, which Starkins noted is “a full-semester commitment.”

The students who do return to in-person classes will focus on core subjects, such as English, math, science and social studies, while the rest of each day is devoted to “independent learning” in art, music, physical education and other such classes, Starkins said. Some in-person students will have a new teacher because their teacher has chosen to continue teaching online and vice versa, Starkins added.

“We have decided to provide five days of in-person instruction that is 100% focused [on academic classes] rather than a Zoom/live stream model where the teacher’s attention would be divided. Our youngest learners especially need this full-time attention,” Starkins added.

The deal, which was approved unanimously by the BHUSD board on March 3 – also allows for BHUSD teachers who have not yet been vaccinated to receive their COVID-19 vaccine on March 5.

“BHUSD is receiving our first allocation of vaccines and is offering them to teachers to receive this Friday. Each subsequent week, we will continue to offer vaccinations as long as we continue to receive them from L.A. County,” Starkins said.

The Los Angeles Unified School District is also vaccinating employees. LAUSD workers can visit Hollywood Park in Inglewood or one of three school-based sites as part of the district’s plan to resume in-person elementary school by April 9.

“Providing vaccinations for school staff in an organized manner will help Los Angeles Unified open schools sooner,” LAUSD Superintendent Austin Beutner said in a statement. “Employees can avoid the online ‘vaccine lottery’ trying to find a vaccination appointment. Importantly, the effort recognizes how staff are all connected at schools – a school bus driver takes students to school, a principal unlocks the front door, a teacher leads in the classroom, a cafeteria worker prepares lunch and a custodian keeps the school clean.”

With elementary school students returning to in-person classes, Starkins said that the return of middle and high school students can happen when the adjusted case rate falls below 7 per 100,000, though the district is awaiting some clarification on the timing and specifics.

“At this time, the county and state have not released an indication about when they will allow cohorts to mix between classes, which is necessary for middle and high school,” she said.

In an email to the BHUSD community on Feb. 28, Superintendent Michael Bregy said more information will be released in the coming days – including teacher assignments – and families should reach out to school site administrators with questions.

“We are eager to share with you that this week, you will receive many more details such as your teacher’s name,” he said. “If you are coming back to campus, you will be sent a video showing you how things will work. Thank you for your ongoing patience and support.”