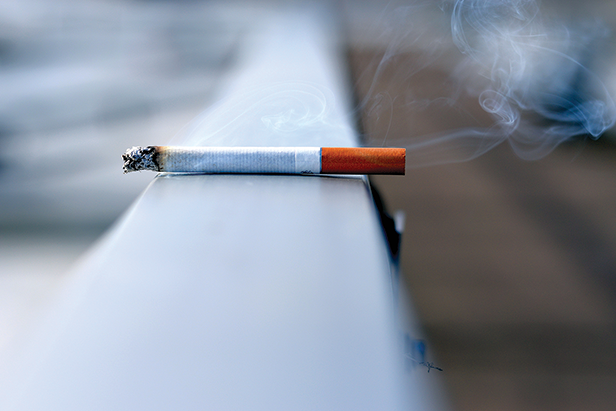 West Hollywood will conduct a survey as part of its larger goal to ultimately become a smoke-free city. (photo by Andres Siimon/courtesy of Unsplash)

Mayor Pro Tempore Lauren Meister was the lone vote against the measure, saying she would prefer to wait until the issues around the state’s ban on flavored tobacco, Senate Bill 793, are settled. The bill, which was signed last year, is facing a potential referendum, and it will not go into effect unless the referendum on the November 2022 ballot fails.

“I think we should just wait for the state, see what’s going to happen with the state referendum,” Meister said.

Councilman John D’Amico admitted that Meister had “good reason” to wait for the state to “work it out.”

D’Amico added that by acting as it did, the council was giving local business owners, several of whom spoke during public comment detailing the negative impact the ban would have on their businesses, a chance to move their stock of flavored tobacco products before the ban takes effect in September.

“The message will be sent. People will be able to react and take responsible actions to stop selling those products or move their business, if that’s best for them,” D’Amico said.

Unlike the state law, the council’s ordinance did not initially have an exemption for hookah, though after much public comment about the cultural significance of hookah and how it differs from the use of cigarettes and vapes, the council decided to allow hookah products to continue to be sold in the city.

“I don’t think that hookah lounges are what are creating our teen epidemic,” Councilwoman Sepi Shyne said.

Currently, only one hookah lounge, Pi on Sunset at 8828 Sunset Blvd., is in operation, and that business will be able to provide hookah products and shisha – the flavored tobacco product used in hookahs – for both on-site and off-site consumption.

The council reiterated a stance it initially took last year to allow cannabis smokers more freedom than tobacco smokers. Cannabis can be smoked in private units and in outdoor common areas, though tobacco cannot be smoked anywhere in the residential complex except in units where an already-valid lease does not prohibit the use of tobacco. All new leases in the city must contain language making the units tobacco smoke free.

In an effort to help those who are addicted to tobacco, the council expressed support for the city providing assistance to smokers and for publicizing those efforts to reach as many tobacco users as possible.

“This is an addiction, and I wholeheartedly support us providing strong smoking cessation programs for our residents, so that we help our residents at the same time as having bans and citations,” Shyne said.

The council also directed staff to create a registry of housing units in the city.

“This is a way [for us to track] how things are going with this new ordinance and for our code compliance to be able to follow. It’s absolutely the opposite of trying to target smokers or nonsmokers. We’re saying that those units are going to become nonsmoking units. There’s no reason why we shouldn’t know how many of them exist once they start converting [to smoke-free units],” Meister said.

At council direction, city staff will also survey the city’s residents to find the best way for West Hollywood to ultimately become a smoke-free city. Mayor Lindsey Horvath, the only no vote in the 4-1 decision, said in an interview that the survey offers “no firm commitment to making a change” that will help the residents who are worried about the health risks of secondhand smoke from their neighbors.

“We must be clear: the City Council wants to create smoke-free housing or we don’t … It’s not the best use of staff time and city resources, either, at a time when both are in great demand to meet community needs,” she said.