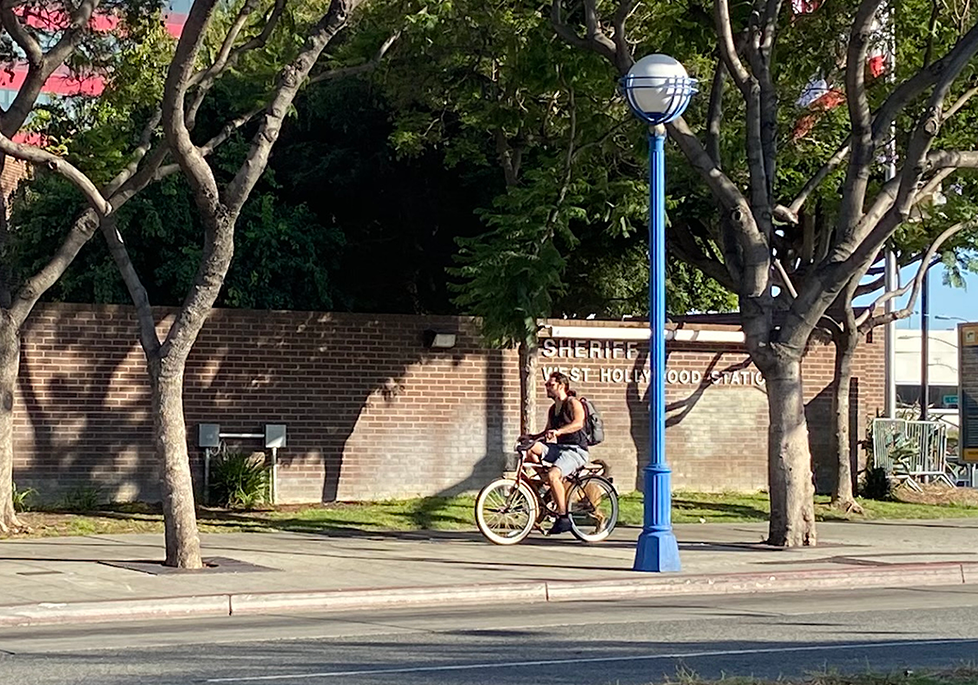 People not wearing face masks in West Hollywood could face fines of more than $5,000 for multiple offenses. (photo by Edwin Folven)

The West Hollywood City Council made clear on Feb. 1 that those not wearing a mask or face covering in public have exhausted all warnings. The council voted unanimously to have Los Angeles County Sheriff’s Department deputies, who are contracted to serve as the city’s police, issue tickets to those observed not wearing masks.

“To me, this is an all-hands-on-deck moment. We need to enforce this and we need to be clear that we want our city open for business, but not for COVID,” Councilman John D’Amico added.

“Last summer, council had a discussion about taking armed law enforcement out of rotation on traffic stops, and yet here, I think what we’re asking is to increase foot patrols of people with guns to issue citations without warnings,” Horvath said. “I think that is a confusing message to the public. I think it’s a confusing message to law enforcement, the people we’re actually asking to enforce this.”

City Manager Paul Arevalo said that due to issues some city staffers and contractors have had while trying to enforce the city’s mask ordinance, it is necessary for uniformed law enforcement to step in.

“While I hate to elevate it to a deputy, some of the people who refuse to wear masks need to be dealt with by a deputy,” Arevalo said.

Arevalo added that he did not believe that the city would be giving out “a lot of citations.”

“I think there will be citations. I think the word will get out and I think compliance will be the word,” Arevalo said.

The council discussed potentially aligning its citation payment amounts with Santa Monica or Beverly Hills – both of which start at $100 for a first offense and reach $500 for third violations – but changing the amount would require public noticing, which would push the change of the fines into March, Arevalo said. Instead, the council decided to stick with their current fine amount.

“If I got a $300 – or even higher – fine, I definitely wouldn’t do that again,” Councilman John Erickson said.

The council also decided to send a letter to the Los Angeles County Department of Public Health regarding its list of outbreak sites and what the city and those businesses can do to keep employees and customers safe.

City staff will return to the council with an update on the citations in 90 days.

An earlier version of this story reported that Mayor Lindsey Horvath voted against the mask measure. That is incorrect.