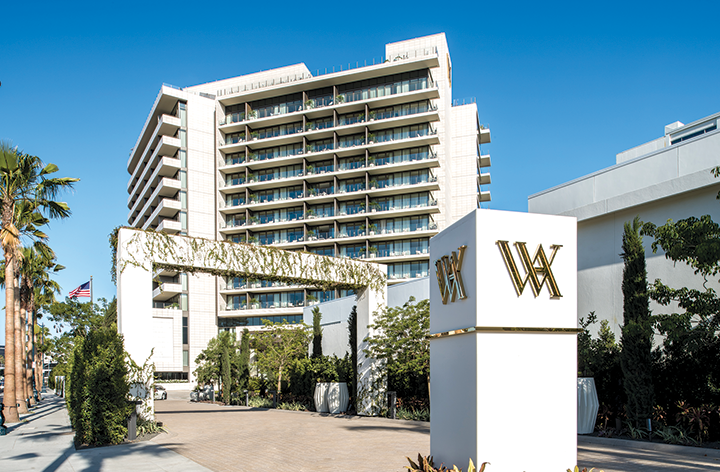 Forbes Travel Guide, the only global rating system for luxury hotels, restaurants and spas, also presented La Prairie Spa at Waldorf Astoria Beverly Hills with a Five-Star Spa Award for the third year. Additionally, the hotel’s signature restaurant, Jean-Georges Beverly Hills, was given a Four-Star Restaurant Award, marking the restaurant’s second consecutive year of receiving the honor. The hotel and its two entities will be showcased along all Star Award winners on forbestravelguide.com.

“It is an honor to be consistently recognized with a Forbes Five-Star Award since opening in 2017, now for four consecutive years,” Waldorf Astoria Beverly Hills General Manager Vanessa Williams said. “That consistency is a testament to the excellence of our luxury property and to our team’s dedication to intuitive service, especially during a year of profound hardship and uncertainty within our industry.”

The Waldorf Astoria Beverly Hills opened in June 2017 and includes 119 deluxe rooms and 51 suites. It was designed by the interior design firm Pierre-Yves Rochon.

The award-winning hotel also features 6,300 square feet of meeting and event space and is home to the only La Prairie Spa in Southern California, offering nourishing treatments and fine products. The 5,000-square-foot spa has six private treatment rooms, relaxation areas and plush lounges, and is open seven days. The rooftop pool offers 360-degree views of the city.

“These 2021 award winners are a testament to the resiliency of the hospitality industry,” CEO of Forbes Travel Guide Filip Boyen said. “During an unprecedented time, these top properties adapted to numerous adversities, all while maintaining high service levels and ensuring the health security of their guests and staff.”

In honor of NASA’s Perseverance, binge these spacefaring shows from this millennium