Town and Country project moves along 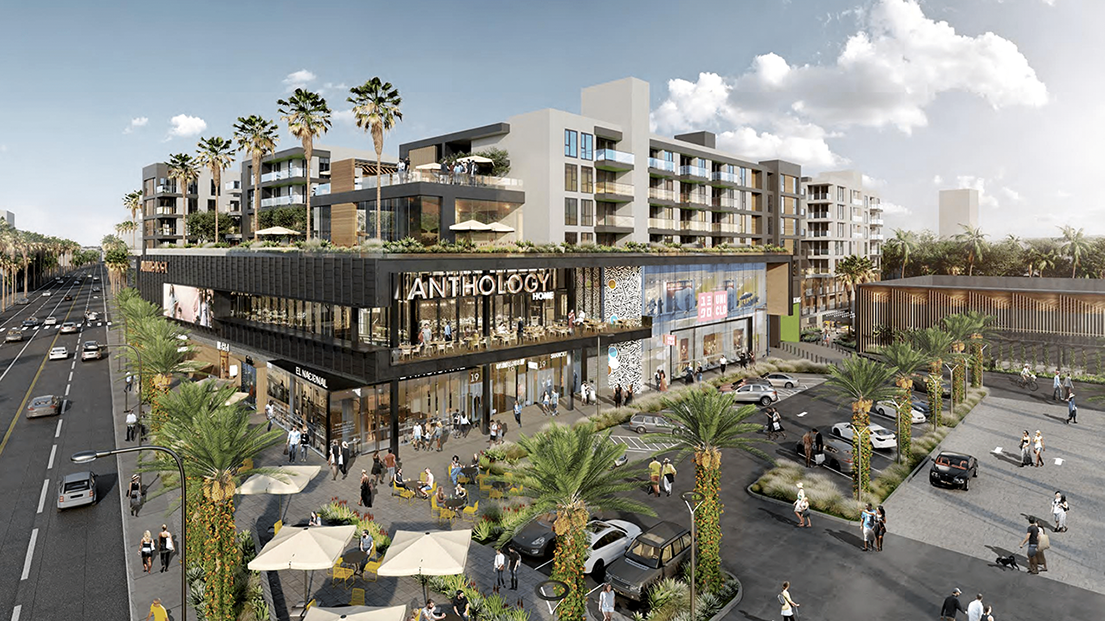 The Town and Country development at Third and Fairfax will include a significant amount of retail space. (rendering courtesy of Holland Partner Group)

The Town and Country at Third and Fairfax mixed-use project is continuing its forward momentum.

Earlier this month, a draft environmental impact report was released for the project, and on Feb. 23, the Mid City West Community Council’s Planning and Land Use Committee unanimously referred the project to the full board for consideration on March 9.

The Town and Country project was initially proposed in 2018 as a 26-story glass tower, but that plan met pushback. After fielding input from the community – including the nearby Park La Brea Apartments, Hancock Park Elementary School, the Mid City West Community Council and the office of then-Councilman David Ryu, 4th District – the project was changed into the 85-to-90-foot-tall building that is proposed now, said Tom Warren, executive managing director of Holland Partner Group.

To alleviate some of the remaining concerns, Holland Partner Group is undergoing a full environmental impact report – which goes beyond what is actually required, a mid-level option known as a mitigated negative declaration – and is offering community benefits including relocating portions of the school’s playground, installing shade structures for students and additional crosswalks for residents.

“We … have been working to address their concerns and are also providing information about how we’re mitigating the impacts that the project might create,” Warren said. “We’re actually proposing a significant amount of community benefits and contributions to the school.” 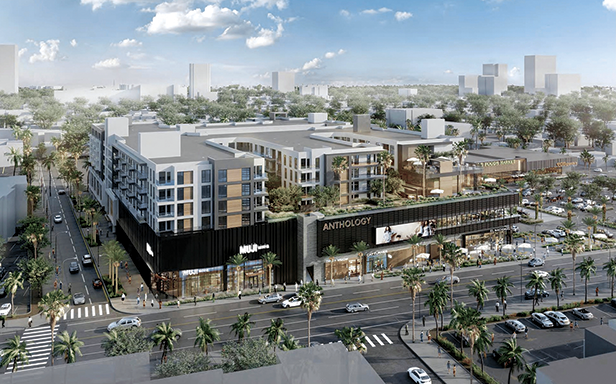 The mixed-use project will include 331 units, though none of them will be affordable housing. (rendering courtesy of Holland Partner Group)

Some crosswalk sites that have been identified include Third Street and Ogden Drive, and across Fairfax Avenue between Blackburn Avenue and Fourth Street, ideas that came from a working group Ryu created to discuss the community impact, said Mehmet Berker, chair of the MCWCC Planning and Land Use Committee.

“Those were in particular some things that the working group definitely agreed on and thought were important for the project,” Berker said.

Shanon Trygstad, president of the Friends of Hancock Park School, said the organization remains “in communication with the Town and Country people, and we are hopeful we can work out a resolution.”

Ryu lost his bid for reelection last year, and a statement from the office of his successor, Councilwoman Nithya Raman, 4th District, provided by spokesman Jesse Zwick said Raman and her staff are “still researching the Town and Country development at Third and Fairfax, and we are in active discussion with the community and the developer in an effort to make sure it suits the community’s needs.” The developer only needs administrative approval, not the full approval of the City Council, and affordable housing is not being included in the project.

“We are concerned by the lack of affordable units in the project and we are looking to see what, in the short term, can be done about this, while working to change the rules of the road so future projects include a higher percentage of affordable units,” the statement read.

After the environmental review is complete, Warren said construction can begin “as soon as possible, probably in early 2022.” It is estimated that construction will take close to three years.

“Our goal has been to seek input, listen to input from the community, incorporate as much input as we could into our plans while still meeting the constraints of the site and existing conditions … The goal was to ensure we didn’t have any significant impacts to the community, and we designed the project to accomplish that,” Warren said.