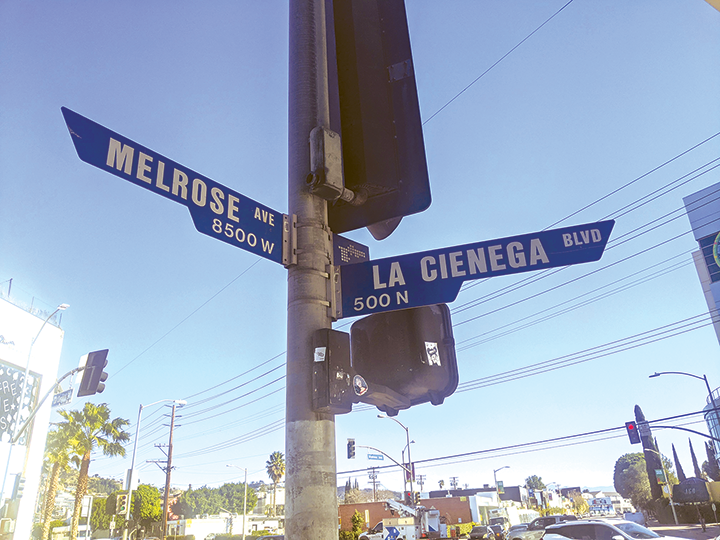 The 49-year-old man was pronounced dead at the corner of La Cienega Boulevard and Melrose Avenue. Paramedics arrived but were unable to revive the victim. (photo by Justin Sayers)

A man and two women have been arrested for murder in the killing of a 49-year-old victim who was allegedly beaten to death on Feb. 12 in West Hollywood.

The victim, Luis Vega, of Long Beach, was allegedly struck and kicked multiple times during a fight that occurred at the corner of La Cienega Boulevard and Melrose Avenue. Sheriff’s investigators said the victim and a group of friends had been at a nearby rooftop bar and restaurant and the suspects were also at the establishment. After the bar and restaurant closed, patrons gathered outside where a fight occurred, authorities said.

Witnesses called police at approximately 12:30 a.m. and deputies from the West Hollywood Sheriff’s Station were dispatched. Before deputies arrived, people at the scene flagged down a passing Los Angeles Police Department patrol car.

Vega was found unresponsive on the ground in a crosswalk at the northwest corner of the intersection, authorities said. Paramedics pronounced the victim dead at the scene. He is believed to have died of blunt force trauma, although the exact cause of death has been deferred by the Los Angeles County Office of Medical Examiner-Coroner pending further investigation.

The fight allegedly occurred in front of multiple people. Authorities initially said there were two suspects, one male and the other female, but later determined another woman was also allegedly involved in the crime. Sheriff’s investigators arrested the three suspects on Feb. 15 at undisclosed locations near their homes, and they were booked for murder at the East Los Angeles Sheriff’s Station.

The suspects were identified as Neko Anthony Denson, 23; Natali Adrianna Gonzalez, 27; and Krissie Morales, 29. Gonzalez and Morales are from Los Angeles. Denson is from Maryland but has been staying in Los Angeles, authorities said.

The suspects were held on $2 million bail each. Authorities have not released an exact motive for the murder and did not disclose what precipitated the fight.

Capt. Ed Ramirez, of the West Hollywood Sheriff’s Station, briefed the West Hollywood City Council about the arrests on Feb. 16 and said a quick response by law enforcement and a thorough investigation aided in solving the crime.

“I’d like to thank the hard work and dedication of our homicide bureau detectives who worked relentlessly and around the clock by following up on all leads leading up to these arrests,” Ramirez added. “And a special thank you to our West Hollywood personnel who responded to the location quickly in order to protect the integrity of the crime scene while subsequently gathering critical information that assisted in identifying the suspects.”

Detectives are still seeking witnesses and encouraging them, particularly anyone with cell phone camera footage of the fight, to call the Sheriff’s Homicide Bureau at (323)890-5500.