‘The Gaze’ play available for free this weekend 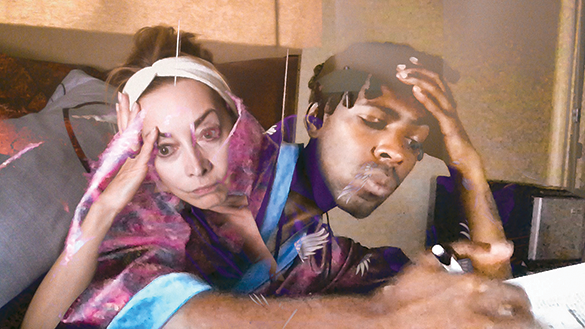 Center Theatre Group announced that it is presenting Larry Powell’s “The Gaze … No Homo,” a satiric dramedy about the decolonization of the Black imagination, for free on its digital stage this weekend.

The digital production, which was produced by Tell Me a Story Productions, will be available online on Thursday, Feb. 25, at 5 p.m. through March 25. It’s free to the public until Feb. 28, but will cost $20 for the remainder of the run.

“The Gaze” was adapted from a piece that Powell, a writer, actor and director from South Central L.A., wrote that was a finalist during the 2020 Eugene O’Neill Theater Center National Playwrights Conference. It’s set in the prestigious Evergreen Theatre Festival tucked in a bucolic small town, which prides itself on developing the brightest and boldest new American voices, where a young actor is cast in the virtual production of an emerging Black queer playwright. As the established director dreams of Broadway and tensions rise in heated Zoom-based rehearsals, “The Gaze” examines the process of building culturally specific and queer works of color in historically white spaces.