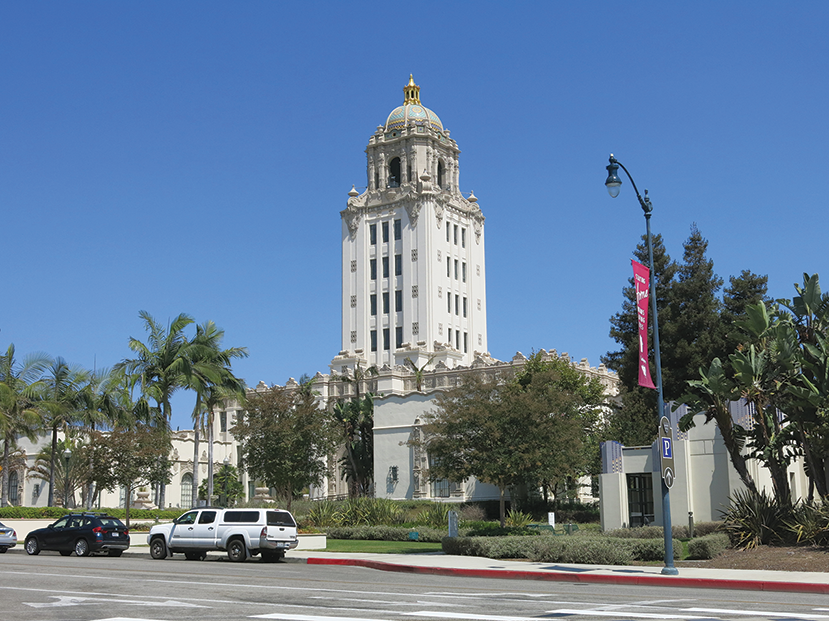 Beverly Hills voters will get to decide on a three-term limit for City Council members and treasurer in 2022. (photo by Cameron Kiszla)

The voters of Beverly Hills will decide if City Council members and the city treasurer will be subject to term limits.

The council voted 3-2 to put a three-term limit on the June 7, 2022 ballot – the next regularly scheduled election – though the door was left open for the matter to be considered sooner if the state Legislature schedules an election before then.

Vice Mayor Robert Wunderlich and Councilman John Mirisch voted against the ordinance because it includes a stipulation that the term limits will apply retroactively, including past and current terms served by former and current council members and treasurers, the legality of which is in question.

Some legal opinions, including from the California Attorney General’s office during the tenure of now-Vice President Kamala Harris, have stated that all term limit measures must only apply prospectively, or toward future terms. City Attorney Laurence Wiener noted those opinions but, in a memorandum to the council, added that the matter is not a “binding legal precedent” and “no appellate court has confirmed or rejected the Attorney General’s opinion on this issue.”

Wunderlich said he was “OK with putting [term limits] before the voters of Beverly Hills to let them decide,” but he was swayed by the Attorney General’s office arguments.

“I do question whether or not we should be adopting an ordinance that’s contrary to persuasive opinions,” Wunderlich said.

Those arguments were echoed by attorney Ron Richards, who called in during public comment to suggest the council look further into the matter and stayed on the call to counter some of Wiener’s legal arguments. Richards said he thought the city was exposing itself to lawsuits by including the retroactive stipulation.

“I don’t understand why the council would want to adopt something that is so legally flawed in its inception,” Richards said.

Wiener noted that the retroactivity portion of the ordinance was included as a “severability clause” that could be struck down by a legal ruling while allowing the rest of the term limits measure to stand.

“I can’t say severability clauses always work, but … I think there, it’s not that difficult to separate out that part of the ordinance … It’s a very good chance,” Wiener said.

Mirisch said Wiener was “telling the council majority what it wants to hear” about the legal standing of retroactivity.

“With all due respect to Larry, if the council does attempt to hide behind his opinion … It’s on the council,” Mirisch said.

The discussion was further complicated by a widely sent email from a Beverly Hills resident who claimed the term limits measure was only including a retroactivity stipulation to target Mirisch – now in his third term on the council and who will be up for reelection for a fourth term on the June 7, 2022, ballot – for opposing the city’s mixed-use ordinance. Of the 28 public commenters – most of whom were against the term limits measure – approximately a third said Mirisch was the intended target of the ordinance and expressed support for the councilman and his views on the mixed-use ordinance.

Councilwoman Lili Bosse, who read the email to the rest of the council but declined to name the person who wrote it in the interest of “honoring their privacy,” rejected the argument made by the email and had Wiener confirm that, if Mirisch won in 2022 and the term limits passed, the ordinance would allow Mirisch to serve his fourth four-year term.

“I feel very insulted, and I have to say on the record that nowhere in any fiber of my being am I discussing this or wanting to put this on the ballot for anybody specifically … If this is on the ballot, it in no way stops one of our colleagues from running or serving if he wins. If it did, I wouldn’t be supporting it,” Bosse said.

“The fact of the matter is that the ordinance is not just about John. The ordinance is about Lili, and it’s about me, and ultimately it will be about Bob and Lester … It’s not like we’ve singled out any one individual,” Gold said.

Friedman also disputed the notion that the council members were so incensed by the votes of one colleague that they would attempt to bar him from office, calling some of the public comments “somewhat offensive, quite frankly.”

“We may disagree on issues, but we’ve always been cordial. To say that we’re displeased with one another is not fair and not true,” Friedman said.

The council members also made clear that the city’s residents would have the final say.

“We want to put this on the ballot. We’re not deciding this … The real question here will be answered by the voters at the ballot box,” Gold said.

Take a weekend stroll on Robertson