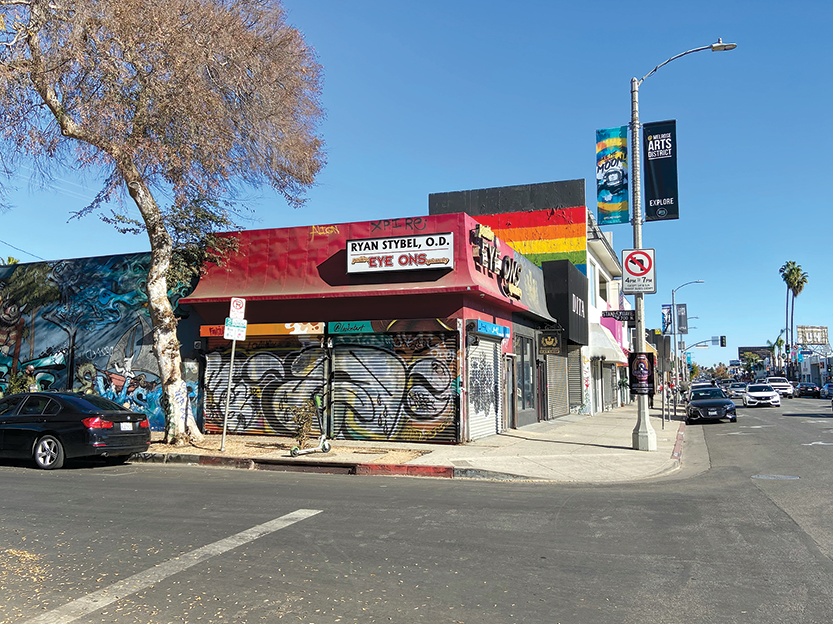 The murder occurred on Dec. 15 near Melrose and Stanley avenues. (photo by Edwin Folven)

Los Angeles Police Department homicide investigators have announced that a man was arrested on Feb. 9 and charged with a murder that occurred in December in the Melrose Avenue shopping district.

The suspect was identified as Santana Stamps, 19, of Los Angeles. Police did not divulge where Stamps was arrested or how he was identified. He is charged with the murder of Devonte Clepper, 28, who was shot and killed shortly before 1 p.m. on Dec. 15 while standing outside near Melrose and Stanley avenues.

“It looks like [the motive was] robbery or gangs, or both,” said Detective Sean Kinchla, with the LAPD’s West Bureau Homicide Unit.

The murder occurred during a period when the shopping district was busy with holiday shoppers and caused fear and concern among many in the area. The police department devoted considerable resources to solving the case, including tracking down security cameras and other evidence that led to the arrest, Kinchla said.

The Melrose Action Neighborhood Watch, which represents residents in the area, is holding a virtual meeting on crime on Tuesday, March 2, at 6 p.m., via Zoom.  To participate, visit us02web.zoom.us/webinar/register/WN_yabQBGhkRtGK2m6Z48gPDQ.

Stamps is being held on $3 million bail and is scheduled to appear in court on March 11.