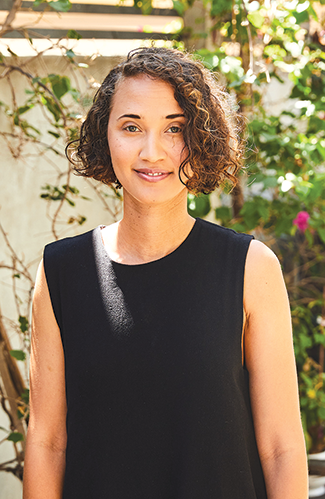 The California African American Museum has announced that Cameron Shaw has been appointed executive director. Shaw has served the museum as deputy director and chief curator since September 2019.

“We are delighted that Cameron Shaw has agreed to lead the museum into the future, continuing CAAM’s remarkable trajectory. She has admirably navigated CAAM’s closure due to COVID-19, all the while strategizing and fundraising for several exciting initiatives to come once Los Angeles museums are allowed to reopen,” Board President Todd Hawkins said.

Shaw’s appointment follows the retirement of George O. Davis, who served as executive director since 2015.

During her tenure at CAAM, Shaw has overseen the museum’s curatorial affairs, education and public programs, and marketing and communications. Highlights of her leadership include the successful pivot of the museum’s public programs from in-person to virtual, necessitated by the pandemic and considerably broadening CAAM’s audience. Key staff members were also hired during her tenure.

Shaw has garnered major support for the museum, including an Art Museum Futures Fund Grant from the Mellon Foundation and a Getty Pacific Standard Time 2024 research grant for “World Without End: The George Washington Carver Project,” which she is co-curating with Yael Lipschutz. Other notable accomplishments include the creation of ongoing video productions so exhibitions can be experienced online, the archiving of recent programming and enhanced website content, including original essays by CAAM staff published on the museum’s blog, 600State.

Later this year, the museum will be the only West Coast venue for “Sanford Biggers: Codeswitch,” a traveling exhibition co-organized by the Rivers Institute for Contemporary Art & Thought, New Orleans, and the Bronx Museum of the Arts, New York. It will be the first project in a multi-year collaboration that Shaw has arranged between CAAM and the Rivers Institute.

“I’m honored and excited to be CAAM’s executive director,” Shaw said. “Against the current backdrop of a global pandemic, racial inequality and the changing needs of museum audiences, it is clear that there continues to be an urgent need for cultural organizations that center, contextualize and support African American contributions and experiences. CAAM has long been that critical space in Los Angeles, and I look forward to meeting this moment by presenting new scholarship and innovative public experiences through which all visitors can see Black art, history and culture valued and reflected.”

The Wallis to premiere musical