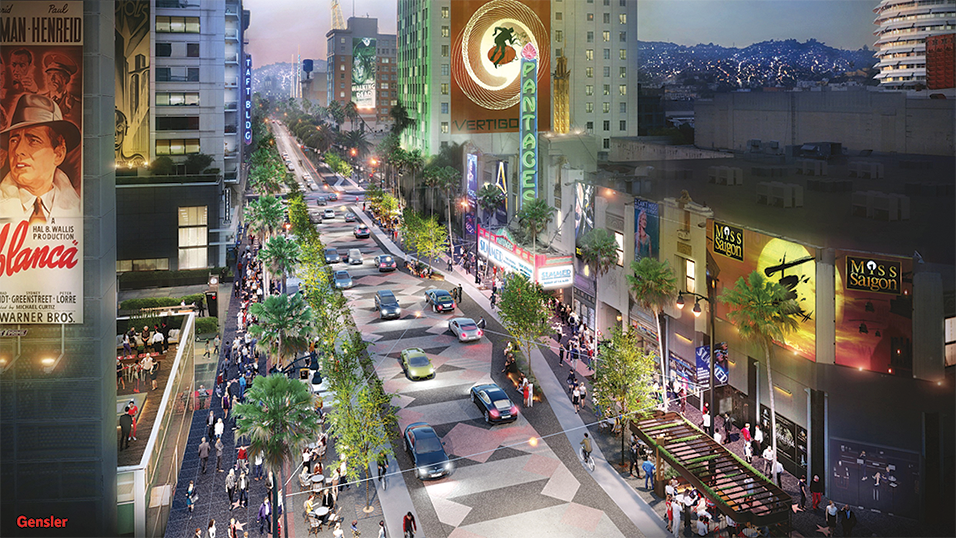 The Metro Board of Directors on Jan. 28 approved $7 million for improvements around the Hollywood/Vine and Hollywood/ Highland subway stations in conjunction with the Heart of Hollywood initiative, which aims to transform and reenergize Hollywood Boulevard, the Walk of Fame and surrounding entertainment district.

The funding resulted from advocacy by the city of Los Angeles and Councilman Mitch O’Farrell, 13th District, who introduced the Heart of Hollywood initiative last January. The Metro allocation will potentially fund new bus shelters, crosswalks, wayfinding signage and shade trees, and is considered a tangible step forward in making the overall Heart of Hollywood initiative a reality. The larger plan calls for more sidewalk space potentially for outdoor dining, pedestrian safety enhancements and other amenities from Gower Street to La Brea Avenue.

“This is a major step forward, and we are thrilled to partner with Metro on improving safety and accessibility on Hollywood Boulevard,” O’Farrell said. “Part of the work of making the Walk of Fame a world-class corridor and experience means enhanced connectivity to the multiple transit and active transportation options in the heart of Hollywood.”

The Metro improvements are part of the agency’s commitment to enhancing the public transportation experience within the first and last mile of trips, a goal of the Metro Active Transit program. The city proposed seeking funding from Metro last May and will work with the transit agency to identify exactly which amenities will be installed within two blocks of the subway stations. The Metro funding will also be used for design and environmental review purposes for the larger Heart of Hollywood Master Plan. 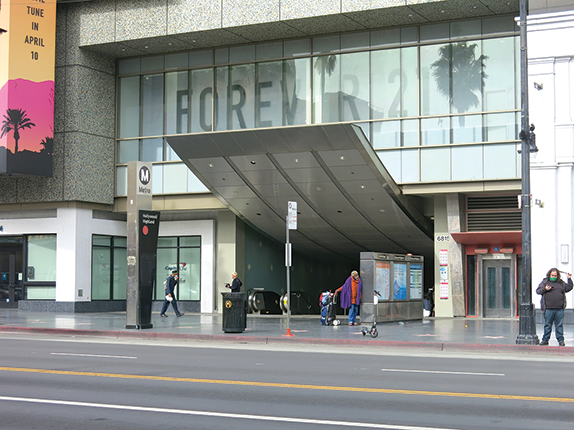 The Metro funds will potentially be used for amenities such as bus shelters, improved crosswalks and shade trees near subway stations in Hollywood. (photo by Cameron Kiszla)

“The Hollywood/Highland and Hollywood/Vine stations are important hubs for connectivity across the county,” said Los Angeles County Supervisor Sheila Kuehl, 3rd District, who is also a Metro board member. “With these improvements on the way, the MAT program is off to a great start.”

The Heart of Hollywood initiative also continues to gain momentum within the Hollywood business community, and officials hope that the initial Metro funding will help leverage more support for further phases of the plans. The city of Los Angeles allocated approximately $4 million last year to launch the effort and begin creating a master plan. A design team from Gensler created conceptual designs and renderings, and O’Farrell’s office has held approximately 65 discussions with community stakeholders. The public is invited to weigh-in by visiting heartofhollywood.la.

“Hollywood Pantages Theatre is proud to be part of a community which continues to improve and rejuvenate the quality of life for those who live, work, and visit,” said Jeff Loeb, general manager of the Hollywood Pantages Theatre. “As a fixture in Hollywood, we applaud restoration and innovation in our neighborhood. We are confident that this new partnership with Metro, and collaboration with the city of Los Angeles, will deliver those in abundance for our community’s pedestrians.”

Metro CEO plans to step down in May