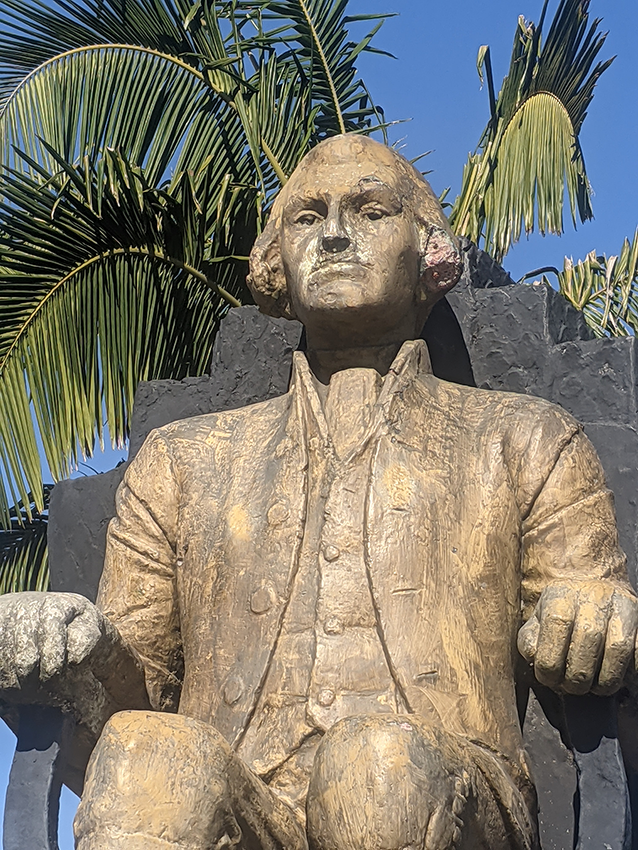 The statue of Hay, Salomon has been in Pan Pacific Park since 2008. (photo by Justin Sayers)

White paint splashed on a statue in Pan Pacific Park of Haym Salomon, a Jewish Revolutionary War hero, has been removed. It remains unknown when the paint was splashed on the forehead of the statue, and apparently it had gone unnoticed. Police did not receive reports of vandalism, said Capt. Shannon Paulson, with the Los Angeles Police Department’s Wilshire Division. Officers checked the statue on Feb. 9 and consulted with security guards who work nearby, and concluded that the paint had been there “for some time.” After the Los Angeles Department of Recreation and Parks was notified, the paint was removed on Feb. 18, spokeswoman Rose Watson said.

The statue of Salomon, who is credited with helping to finance the Revolutionary War, has been located at the corner of Third and Gardner streets since 2008. It was first dedicated in a park in Boyle Heights in 1944 and later moved to MacArthur Park and West Wilshire Park before being installed in its present location.