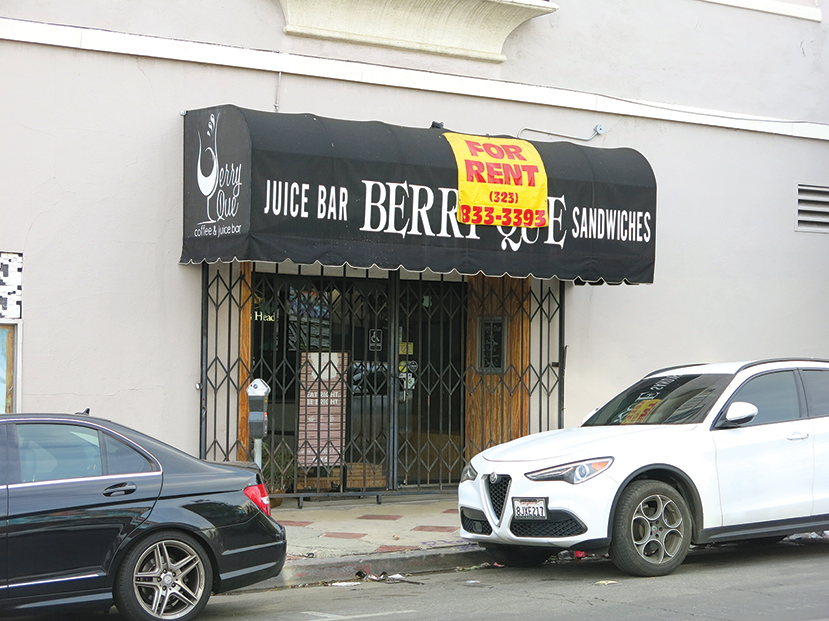 In presenting the annual State of Hollywood address to the Hollywood Chamber of Commerce on Feb. 11, Los Angeles City Councilman Mitch O’Farrell, 13th District, sought to answer the question “Where do we go from here?”

After nearly a year of pandemic-related economic and public-health impacts – as well as the lingering issues of 2019 and before – O’Farrell pushed for positivity in his speech and the ensuing Q&A period.

“We must face our challenges head-on, openly and without delay, but keeping in mind that we will need to restore hope and optimism, not as lofty euphemisms, but as realities.  A healthy human spirit depends on hope and optimism, even in the most dire of times,” O’Farrell said.

One aspect of the pandemic that O’Farrell found hopeful was the progress being made on distributing vaccines – currently, health care workers and people over the age of 65 are eligible – and another economic stimulus and recovery bill that is working its way through Congress.

“There is light at the end of the tunnel. That means economic recovery is likely to run concurrently with the vaccine rollout. Combined with a federal rescue relief bill … it is not fantasy to predict that the economy could recover more quickly than expected,” O’Farrell said.

While there is reason to hope for the future, many people are still struggling with the present, O’Farrell said, and it will take cooperation at all levels of government to help those most in need.

“We have to make sure that the resources we’re able to cobble together at the local, state and federal level will help people ride through the difficulty as the economy comes back,” O’Farrell said.

The nonprofit sector has stepped up to help in the meantime, and O’Farrell has been volunteering with food banks and other hunger-related organizations such as the Salvadoran American Leadership and Educational Fund and Sustainable Economic Enterprises of Los Angeles. The councilman encouraged others in the community to find a way to help their neighbors who may be struggling with food insecurity, such as by working with organizations like St. Vincent Meals on Wheels, Project Angel Food and the Los Angeles Koreatown Corps of the Salvation Army.

“Angelenos can really pull together and make sure everyone stays healthy and fed during the pandemic,” O’Farrell said.

Progress is being made in creating shelters and bridge housing facilities, he said, much of which derives from Proposition HHH, a $1.2 billion bond approved by Los Angeles voters in 2016.

“Just under 8,000 units of HHH housing are in various stages of completion, occupied, under construction, in design, approved or already funded,” O’Farrell said.

Despite the progress, not enough is being done to help people experiencing homelessness, and more help is needed in terms of mental and public health services, the opioid crisis and structural inequalities related by race and income as well, O’Farrell said.

“You will not hear me say that we will end homelessness, but I will say this: I know we can and must do much better,” O’Farrell said. 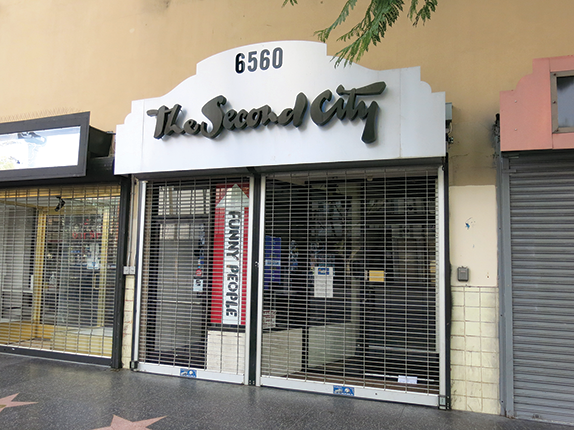 The pandemic has left many businesses in Hollywood, such as the Second City Hollywood comedy club, unable to operate. (photo by Cameron Kiszla)

O’Farrell said that he’s working to create more housing, and he condemned the “echo chambers” spreading misinformation about housing projects and riling up opposition when housing is needed. It’s also important to cut down on the lawsuits and appeals filed for every approved project, O’Farrell added.

“Stalling projects because of lawsuits and appeals doesn’t just cost money. It costs people a place to live, and that’s a real issue, and it’s a shame. We’re out of balance there, and I’ll do everything I can to bring it back into balance,” he said.

O’Farrell also spoke about his Heart of Hollywood initiative, which intends to refashion the Walk of Fame into an amenable destination for residents, businesses and visitors. Improvements include making the area more pedestrian and transit-friendly, and the Los Angeles County Metropolitan Transportation Authority recently allotted approximately $7 million for “standalone placemaking improvements” near the Hollywood/Highland and Hollywood/Vine subway stations, O’Farrell said.

“At its center, the Heart of Hollywood has the historic Hollywood community itself as its top priority, with the goal of ensuring Hollywood becomes an inviting, safe place for its residents at all income levels and its businesses, large and small,” O’Farrell said.