Metro CEO plans to step down in May 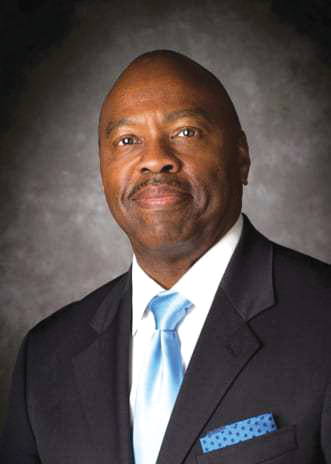 Los Angeles Mayor and Metro Board Chair Eric Garcetti announced on Feb. 3 that Metro CEO Phillip A. Washington will step down in May.

Washington recently informed the Metro board that he does not plan to seek a new contract or extend his current contract.

“Phil Washington has been a visionary leader, reimagining our transit network and steering our region toward an era of generational growth and lasting progress,” Garcetti said. “With Phil at the helm, Metro had a clear direction, strong steward and champion for Measure M. He leaves this agency much better than he found it, with an expanding public transportation system that remains a force for sustainability, equity, jobs, workforce development and shared prosperity across the L.A. area.”

As Metro’s chief executive officer, Washington manages an annual budget of $7 billion and is responsible for overseeing $18 billion to $20 billion in capital construction projects. He also provides oversight of the nation’s third busiest transit agency with a fleet of 2,200 clean-air buses and six rail lines.

“It has been my distinct pleasure and absolute honor to serve and lead Metro’s nearly 11,000 employees for the last six years,” Washington said. “I leave with great satisfaction knowing that working together we have improved mobility and increased access to opportunity for all residents of L.A. County, and weathered the most devastating health crisis of the past century. We have quickened the sense and pace of public service and left L.A. County’s mobility space better than it was.”

“Phil Washington has provided exemplary leadership for Metro throughout his tenure, especially during the COVID-19 pandemic,” Los Angeles County Supervisor and Metro board First Vice Chair Hilda L. Solis said. “The past year brought a myriad of challenges for the agency in terms of budget, operations and capital projects, and Phil met the moment every time.”

Washington, who has been with Metro since May 2015, spearheaded many initiatives including the passage of Measure M, the largest transportation investment ballot measure in North America. Los Angeles County voters overwhelmingly approved Measure M in 2016 by more than 71%, launching the nation’s largest public works program and creating an estimated 700,000 jobs. Washington was also instrumental in securing $9 billion in grant funding over the past five years by working with federal and state partners. He is credited with advancing opportunities for people of color, championing small businesses, advancing technologically-innovative programs and maintaining critical public services during the public health crisis. He credited the Metro workforce for its role in success that has been achieved.

“Our operators are frontline heroes and have remained steadfast in their commitment to service and moving essential workers during some of the toughest challenges of this country, including but not limited to the COVID-19 surges,” Washington added.

The Metro board will conduct a national search for the agency’s next chief executive officer. For information, visit metro.net.

Utilities shut off at alleged party house on Curson Avenue