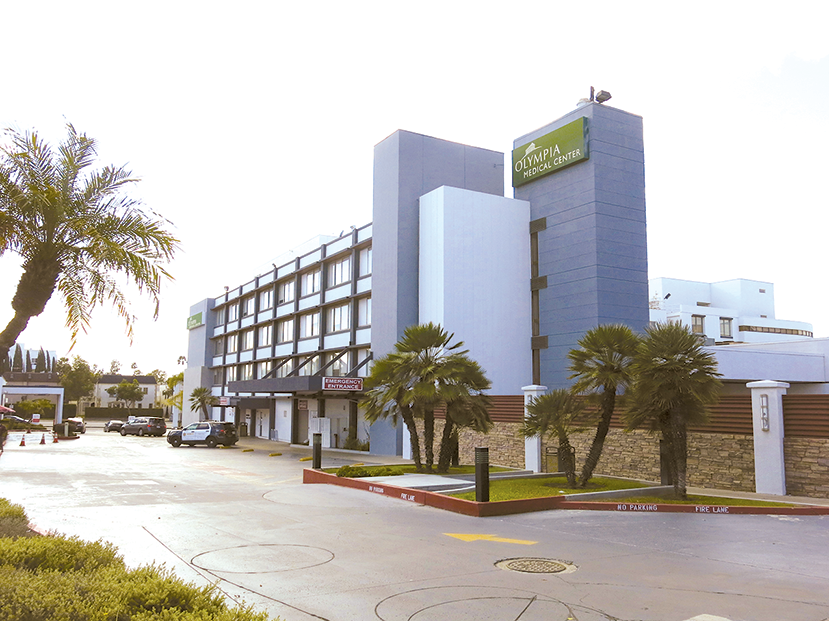 The Los Angeles City Council approved a resolution on Feb. 24 opposing the planned closure of Olympia Medical Center at the end of March.

The hospital’s previous owner, Irvine-based Alecto Healthcare Services, abruptly announced on Dec. 31 that the hospital had been sold to UCLA Health for an undisclosed amount and operations would cease on March 31. UCLA Health has announced plans for a major renovation at the hospital that will turn the campus into a mental health facility. UCLA Health has also offered to continue leasing the property to Alecto while the new facility is in the planning process but so far, there has been no word about any change in plans regarding the closure. Many public officials, medical professionals and members of the community are growing more concerned as the deadline approaches.

The Los Angeles City Council’s resolution was approved without discussion and places the city on record as opposing the closure. It was authored by Councilmembers Nithya Raman, 4th District, and Mark Ridley-Thomas, 10th District, and seconded by Councilman Paul Koretz, 5th District. The hospital at 5900 W. Olympic Blvd. is in the 4th District but is located in close proximity to the 5th and 10th districts. The resolution calls for the hospital’s owners and operators to delay the suspension of services for a minimum of six months.

Inquiries to Alecto and its representative, attorney Michael Sarrao, have not been returned since January, when Sarrao directed all inquiries to the new owners, UCLA Health. On Jan. 27, he appeared in a virtual public hearing by the Los Angeles County Emergency Medical Services Commission and said a sale had been in the works for approximately 18 months. Plans were already in place in January to gradually reduce operations at the hospital, he said.

At the end of the meeting, the commission recommended a six-month delay in the closure. The recommendation, similar to the City Council resolution, is non-binding and is a request that the entities involved change their plans. Other county and state officials including Assemblyman Richard Bloom (D-Santa Monica) have gone on record opposing Olympia Medical Center’s closure, and efforts are underway to determine if anything further can be done. The sale was a private transaction, and public officials appear to have little power to prevent such a closure.

Raman said she remains opposed to operations ceasing at a major health care facility during the COVID-19 pandemic. The resolution states that the medical center serves an important role during a period when resources are strained at other facilities throughout the region and it may negatively affect people of color, both patients and employees. It will also force health care professionals to find other jobs, according to the resolution.

“COVID-19 has placed an unprecedented burden on Los Angeles’ health care system and on its health care workers. Now is not the time to consider any reduction in emergency services capacity in Los Angeles. Now is not the time to lay off hundreds of health care workers who have gone above and beyond and risked their lives during this pandemic,” Raman said. “Our office continues to urge Alecto Health and UCLA Health to reach a timely agreement that ensures the continuity of critical health care services at Olympia Medical Center beyond its announced March 31 closure.”

UCLA Health issued a statement about the situation but did not indicate whether any agreements have been made that may preclude the closure on March 31.

“As health care workers who see first hand the need for medical support services, UCLA Health has provided the current operator, Alecto, with the ability to keep Olympia Medical Center’s doors open to help manage the current volume of COVID-19 patients. Additionally, we are encouraged by the ongoing dialogue between Alecto and L.A. County Emergency Medical Services, including ensuring the hospital is adequately staffed for services. We reiterate our effort to continue providing assistance in services to our collective community of Los Angeles,” the statement read. “In 2021, UCLA Health will be launching an initial planning process for a state-of-the-art major facility renovation of the former Olympia Campus. The initial plans will include exploration of inpatient and outpatient mental health services – a dire and unmet need in Los Angeles County with few and shrinking providers of inpatient care. UCLA Health is committed to providing access to care for patients who need our services. With the addition of this campus, we have the ability to expand that access and add hundreds of health care jobs in L.A. County. This planning process, which will commence soon, will inform key activities including timing. We will provide regular updates to the community along the way.”

The City Council resolution does not require a response from Alecto or UCLA Health. Meanwhile, the future of patient services at Olympia Medical Center after March 31 remains uncertain.

Thanks a lot for sharing this article.

I am one of the new hire employees at Olympia Medical Center, and I and all of my other colleagues that this hospital can delay it’s closure for at least six more months.