In honor of NASA’s Perseverance, binge these spacefaring shows from this millennium 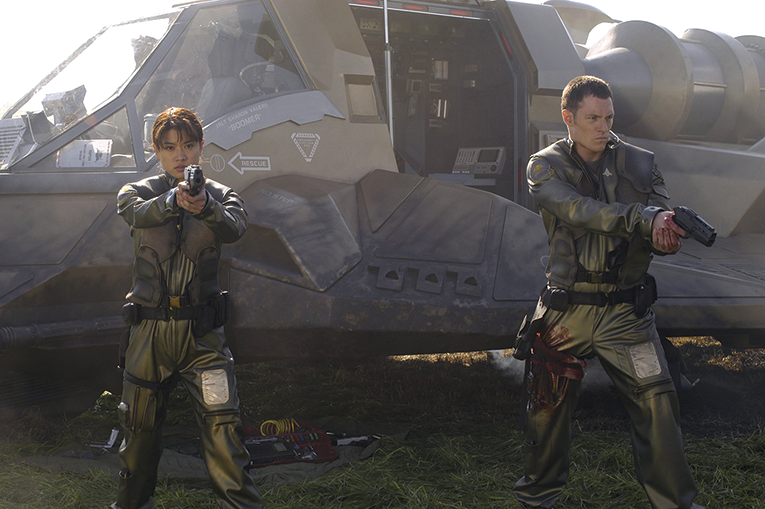 Tahmoh Penikett and Grace Park appeared in the 2000s reboot of “Battlestar Galactica,” the best of space travel series over the past two decades. (photo courtesy of Syfy)

A week ago, the NASA rover Perseverance landed on Mars, sending back new photos and actual audio from another planet. Let that sink in and feel the weight of that achievement. And to celebrate, let’s explore the best science fiction series set in space that graced the small screen since 2000.

The Netflix remake is a dramatic improvement on the hokey original from the mid-1960s. The robot’s origin serves as a central mystery, while the Robinson family survives both internal squabbles and marooning on a foreign planet. The quality in season two notably drops, but hopefully the third and final season kicks things up a notch.

The modern-day “Twilight Zone” spends most of its time on the ground, including the most galactic addition, “USS Callister,” exploring a programmer’s private VR world where he’s the captain. But when he logs off, his computer characters discover they are conscious and stuck in “Star Trek” homage.

The 2005 reboot spends plenty of time on Earth, but those off-world adventures are something else. And every single iteration of the Doctor, from David Tennant to Jodie Whittaker, captures the optimism of delving into the unseen, building on the achievements of past generations.

As has been covered in this column before, “Picard” is an amazing ride, honoring “Star Trek” greats like the Borg and Romulan secret orders. The entire series plays out like a space road movie, always moving one step closer to the truth with each lightspeed jump. Plus, Patrick Stewart is a treasure to all.

“Star Trek” producing alum Ronald Moore has a long history in science fiction, including the Starz series “Outlander.” But his latest project at Apple+ takes him back to where no one can hear you scream. “For All Mankind” poses a slight revision to history: what if the Soviet Union reached the moon first? It plays like alternate-reality drama “The Man in the High Castle” (another great view on Prime) as it forces viewers to challenge portions of American history.

Many bits of this cult classic from 2002 haven’t aged well, from some dated graphics to a terrible theme song to a show creator currently called out for wretched treatment of women. That’s a shame considering the series’ unique approach to space cowboys and cursing in another language that prompts thoughtful consideration about the future. It also serves as a major part in the careers of several beloved actors: Gina Torres, Nathan Fillion, Morena Baccarin and the great Alan Tudyk. Watch it for them, if you can justify doing so, and not the other guy.

The “Stargate” franchise began as a sci-fi action flick but quickly morphed into campy small-screen fodder. Cheap effects, both CGI and puppetry, and corny performances. Then came “Stargate Universe” in the late 2000s. Things got morally complex, ambiguous and more focused as a crew enters a Stargate, setting down not on a new planet but a ship on unknown trajectory into uncharted space. It’s brilliant, albeit short lived, ending after 40 episodes.

Following a long dormancy, “Star Trek” returned to small screen once J.J. Abrams’ feature films reminded the world that the United Federation of Planets had more stories to tell. But “Discovery” did something different. Set prior to Captain Kirk’s maiden voyage, the USS Discovery begins at the start of the Klingons war. It’s tonally different, even R content on occasion, but each episode is incredible, and each of its three seasons, all as different as the last, are equally watchable. 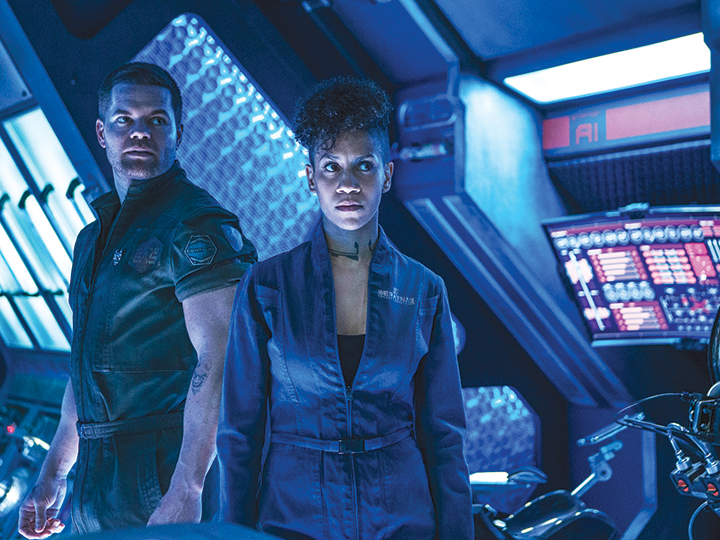 Dominique Tipper and Wes Chatham star in “The Expanse,” a sci-fi series worthy of exploration. (photo courtesy of Prime)

Earth, Mars and those born in the outer rim of the solar system are on the verge of war, and a phantom menace pushes them closer to formal declarations of hostility. That’s season one. What follows keeps pace, traversing beyond the confines of our nine planets (or eight, depending on Pluto haters). “The Expanse” plays out like “Game of Thrones” in space, but it’s likely to have a better ending.

In the 1990s, sci-fi television couldn’t keep up with cinema-quality visuals, and major audiences seemed to tire of suspending disbelief when tuning in each week. Syfy’s remake of “Battlestar Galactica” volunteered as tribute, bringing sci-fi back to the great beyond. A bigger budget complemented plotlines involving terrorists, torture, religious prophecies and artificial intelligence. The name alone might’ve been a turn off, but plenty of sci-fi lovers discovered all the amazing worlds this gem explored. It remains the top dog, the best of space travel series.