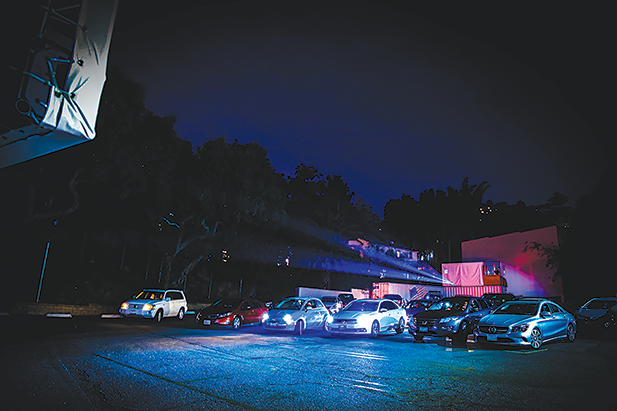 The Hollywood Legion Theater has announced that the critically acclaimed film “Nomadland,” directed by Chloe Zhao and starring Frances McDormand, will be shown at the drive-in theater starting Feb. 19.

“Nomadland” will play twice a day – at 6 p.m. and again at 8:50 p.m. – each day through Feb. 21. Reservations must be made online at hollywoodlegiontheater.com. Admission starts at $65 per car and includes candy, soda and unlimited popcorn for each person in the vehicle.

The film stars McDormand as a woman who decides to live the life of a nomad following the economic collapse of her small town. The film was the top prize winner at the 2020 Toronto Film Festival and has garnered four Golden Globe nominations, including Best Picture-Drama.

“We are beyond thrilled to be able to offer starved moviegoers in L.A. the opportunity to see this movie on the big screen,” Hollywood Legion Theater director Bill Steele said. “This is a heartbreakingly brave and beautiful film that is a tonic for our times.”

The drive-in opened in October at 2035 N. Highland Ave., just south of the Hollywood Bowl, as a way to offer the public a safe opportunity to enjoy movies on the big screen as theaters remain closed due to the coronavirus pandemic. The Hollywood Legion theater operates seven nights a week.

Get a vaccine, get a ticket at Chinese Theatre