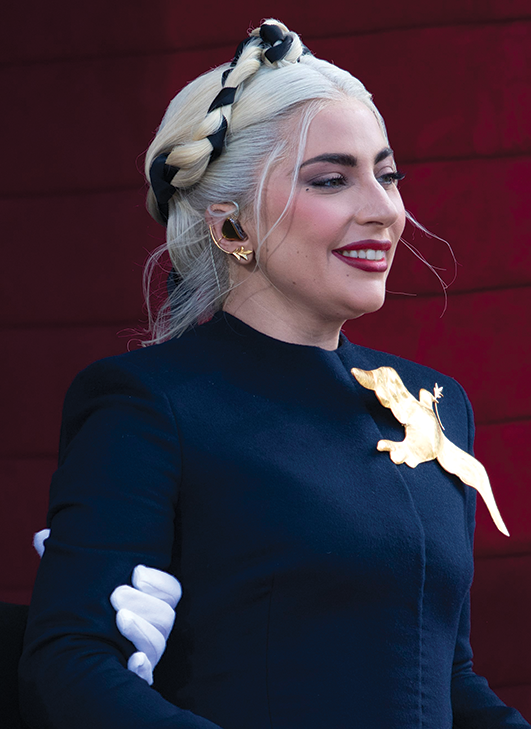 Authorities are searching for a gunman who allegedly shot Lady Gaga’s dogwalker on Feb. 23 in Hollywood and stole two French bulldogs belonging to the pop star.

Los Angeles Police Department spokesman Tony Im said the suspect approached the 30-year-old male victim at approximately 9:40 p.m. in the 1500 block of North Sierra Bonita Avenue, just north of Sunset Boulevard. The suspect pulled out a semiautomatic handgun and shot the victim before taking the two dogs and fleeing in a white vehicle, which was last seen heading north on Sierra Bonita Avenue toward Hollywood Boulevard, Im said.

Paramedics took the victim to a hospital in critical condition, Im added. Police canvassed the area but were unable to locate the suspect or the stolen dogs. A third dog that ran away during the shooting was recovered, police said. No further description was provided of the gunman.

Lady Gaga is reportedly offering a $500,000 reward for the dogs, according to multiple media outlets. Im said he had no further information about the robbery or the connection to the pop star. He added the LAPD’s Robbery-Homicide Division, which oversees high-profile cases, is conducting the investigation.