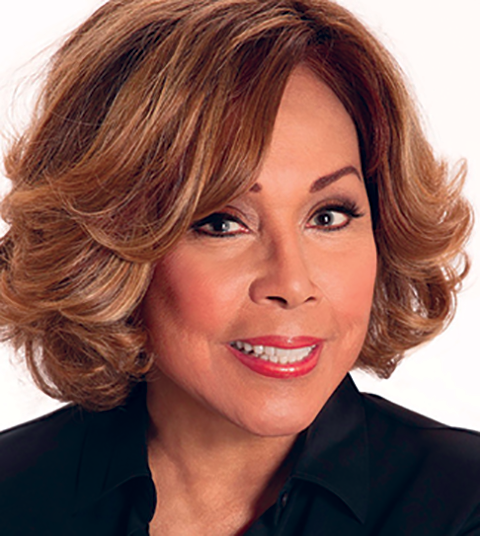 The 28th Annual Los Angeles Women’s Theatre Festival will honor five women for their career and life achievements during the virtual Opening Night Champagne Gala and Awards Ceremony on March 25.

The late Diahann Carroll, who made her Broadway debut in the musical “House of Flowers,” and was the first Black female actor to win a Tony Award for “No Strings,” is this year’s recipient of the Infinity Award, which memorializes exceptional achievements of a theater artist. Her film career spanned over six decades and included an Oscar-nominated performance in “Claudine,” “Carmen Jones,” “Paris Blues” and more. As the first African American female star of a dramatic television series, “Julia,” she won a Golden Globe Award. She subsequently became the first Black female to star in a nighttime soap opera, Dynasty.

Paula Donnelly, who joined Cornerstone Theatre Company, known for creating theatre works in collaboration with people in the community, in 1998 and then the ensemble in 2000, will receive the Rainbow Award, given to an artist for diverse contributions in fostering nontraditional and multicultural theatre works. Her credits for Cornerstone include “Los Biombos,” “AKA,” “For Here or to Go?,” “Peter Pan” and “Crossings.” As Director of Engagement, Paula teaches and shares Cornerstone’s methodology, works to strengthen community relationships post-production, and to contribute to the expansion of community-engagement practices in theatre. She helps imagine and implement engagement values in all aspects of Cornerstone’s work.

Akuyoe Graham, an award-winning actor, author and educator known for her one-woman play, “Spirit Awakening,” is receiving the Integrity Award, given to someone who has brought credibility and dignity to her work. Akuyoe’s personal encounter with her transcendent inner beauty was the culmination of a long journey, which she re-enacts in her play. By animating the pivotal characters who influenced her along the way, Akuyoe takes audiences on her odyssey of self-discovery.

Shigemi Matsumoto, who has performed with over 50 national and international opera companies, will receive the Eternity Award, given to someone whose lifetime achievements have made a lasting contribution to the world of theater. She is the founder of the Classical Singers Association, which has helped young singers become better educated in the musical requirements necessary to become a professional singer.

Rose Portillo, an accomplished actor, writer, director, educator and visual artist whose career began with a role in “Zoot Suit,” will receive the Maverick Award, presented to an artist whose work has set a high standard of individuality and self-styled creativity. As an actor, Rose has extensive credits in regional theatre, film and television.   She has been honored with the Lee Melville Award for Outstanding Contribution to the Los Angeles Theatre Community.