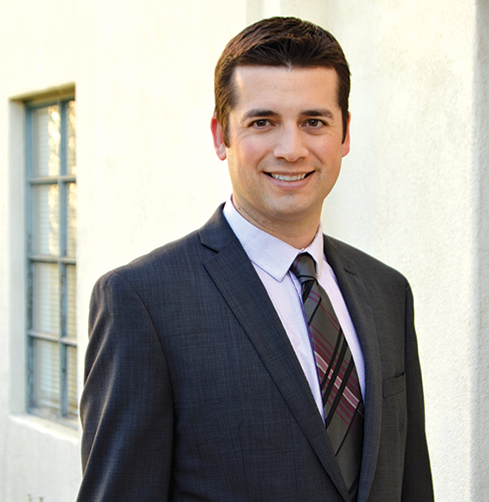 Ryan Gohlich (photo courtesy of the city of Beverly Hills)

Beverly Hills City Manager George Chavez announced on Feb. 18 that Ryan Gohlich will serve as the city’s next director of Community Development, effective Feb. 26. Gohlich will succeed Susan Healy Keene, who recently announced her retirement after 12 years with the city.

“I am so pleased to congratulate Ryan on his new role,” Chavez said. “Susan’s success has provided a strong foundation for Ryan as he leads the department forward. His superior technical knowledge combined with an understanding of our community have prepared him well for the work ahead.”

As director of Community Development, Gohlich will oversee the divisions of Planning, Development Services, Community Preservation, Rent Stabilization and Special Events and Filming.

Gohlich began his career with the city of Beverly Hills in 2007 as an assistant planner and has served in a variety of roles during his tenure including senior planner and assistant director of Community Development and city planner since 2015.

“It is truly a privilege to serve Beverly Hills,” Gohlich said. “I am proud to work alongside the dedicated and talented professionals on our Community Development team as we all work together to provide exceptional customer service to this exceptional community.”

“Ryan has been a tremendous partner during my time in Beverly Hills,” Keene said. “I know he will continue to be an outstanding asset to our community and city staff and wish him the absolute best in his new role.”

Gohlich earned his bachelor’s degree in city and regional planning from Cal Poly San Luis Obispo and master’s degree in organizational leadership from Woodbury University. He is a member of the American Planning Association and received his certification from the American Institute of Certified Planners.