‘A Glitch in the Matrix’ wastes a promising premise 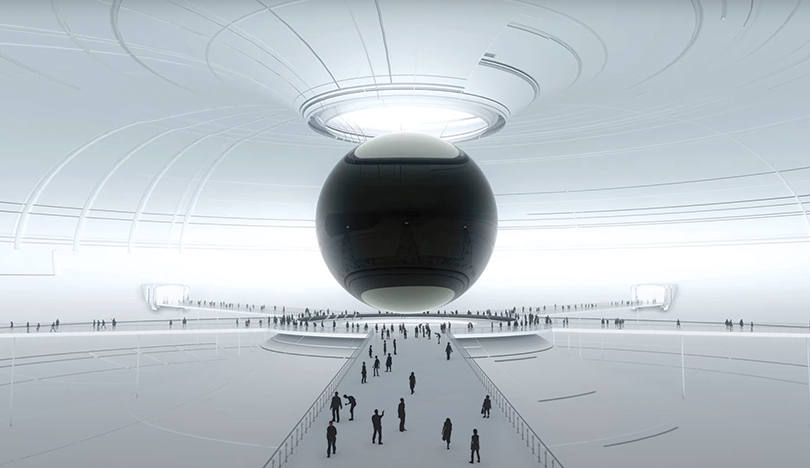 Viewers are given an example of the simulation in “A Glitch in the Matrix,” a documentary that delves into alternative theories of reality. (photo courtesy of Magnolia Pictures)

Is life little more than a simulation? This metaphysical question drives Rodney Ascher’s latest documentary “A Glitch in the Matrix.” Too bad no good answers come, especially when so few compelling scholars or interesting figures on the subject grace the screen.

Instead, the outcome is nerd-word vomit, a blend of clickbait and heady concepts sincerely debated by prominent figures. An early montage presents many heavy hitters on “simulation theory” – a term thrown around here like it’s commonplace (it’s not unless you’re referring to an old psychology concept) – like Neil deGrasse Tyson and Elon Musk. But we don’t hear from them.

Instead, the primary figures are unknowns Paul Gude, Alex Levine, Brother Laeo Mystwood and Jesse Orion. Ascher located them through gaming site Boing Boing and refers to them as “eyewitnesses” in the credits (a fifth will come up later) for their commitment to this mode of understanding the world.

They’re average folks – at least that’s the hope. In a film featuring predominantly white, middle-aged men, Ascher attempts to present his own kind of visual diversity by turning his primary sources into digital avatars. Their real faces remain unseen, only colorful characters in their place. It’s quite corny and incredibly on the nose. 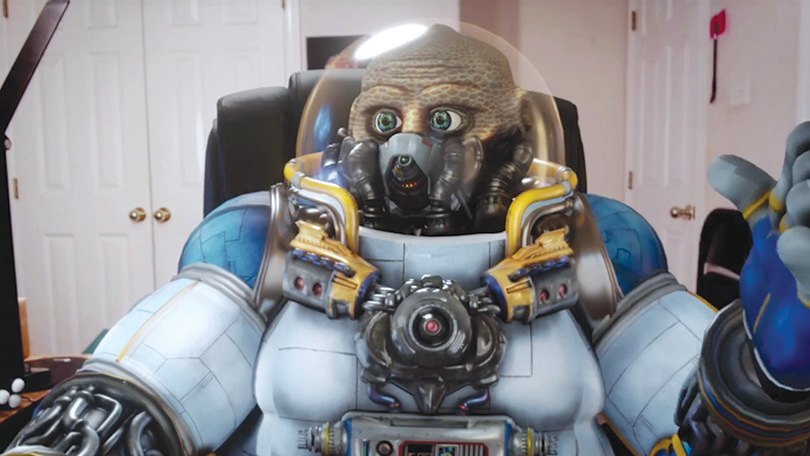 Alex, represented by a digital avatar, offers a viewpoint on simulation in “A Glitch in the Matrix.” (photo courtesy of Magnolia Pictures)

While they might be originally framed as anecdotally important, testimonials that require other voices of place in a broader context, Ascher lets them dominate the screen, serve as experts as well. That’s odd considering a few scholars are also interviewed, even labeled “experts” in the credits.

The stories of childhood pondering about patterns or momentary glimpses of something beyond reality play like conspiracy theories. And it doesn’t help when B-roll favors running lists of subreddits and YouTube videos. “A Glitch in the Matrix” flattens all opinions; they all matter equally.

Certainly in a free society, free speech is key, but a documentarian is a gatekeeper who chooses which voices to amplify. Ascher borrows from journalism and filmmaking here to sloppy effect. He need not follow journalistic rules like objectivity, but he had an opportunity here to find a mixture of compelling stories from “witnesses,” to use his term, and more diverse scholarly voices.

At nearly two hours, hearing from around 10 folks – four rather dull ones dominating much of that time – on such a large subject is laughable, especially when the excerpt voices serve as minor characters. This all becomes especially annoying during moments that should prompt a deeper, richer dialogue.

Levine notes the name of book on display in “The Matrix” called “Simulacra and Simulation.” The 1981 work by French cultural theorist Jean Baudrillard deserves more space here, or at least acknowledgement of the author’s name, rather than a lazy wink at how the title generically applies.

Now, an unsettling moment (and this might be a spoiler) arrives just past the halfway point with a fifth eyewitness, Joshua Cooke, providing a scene-by-scene account of his “simulation” experience in a phone call from prison. After becoming obsessed with “The Matrix,” he would eventually murder his adopted parents. His case established what is now known as “The Matrix” defense.

Certainly it topically relates, but it’s quite an extreme case, one that transpires without any other commentary on the subject. We only hear from Cooke, no one else. At the very least, that’s unhelpful. Mostly, it’s bad ethics.

Another disappointing aspect of “Glitch” is the misuse of Philip K. Dick, notable sci-fi author of novels and short stories eventually adapted into feature films like “Blade Runner,” “Total Recall” and “Minority Report.” Each major sequence splices in excerpts from a 1970s speech he gave in France on the likelihood that we all live in simulation.

It should feel more important, but the film’s interviews never discuss any specifics of his writing. Every single film adaption peppers the screen, while voiceover commentary stresses his significance.

What a disingenuous approach considering those films take great liberties with his original ideas. “Glitch” enjoys some sci-fi eye candy without any obligation to that author who inspired it all. His speech and adaptations are little more than spectacle here.

Ascher’s previous docs “Room 247” and “The Nightmare” fared better for critics and some moviegoers, but “A Glitch in the Matrix” – both in name and its entirety – plays like a Wikipedia entry too focused on explaining concepts. The only impressive part is how he acquired rights to use footage of so many films that will never be discussed in a meaningful way, along with the primary topics of this film.

County looks at ways to rebound after pandemic