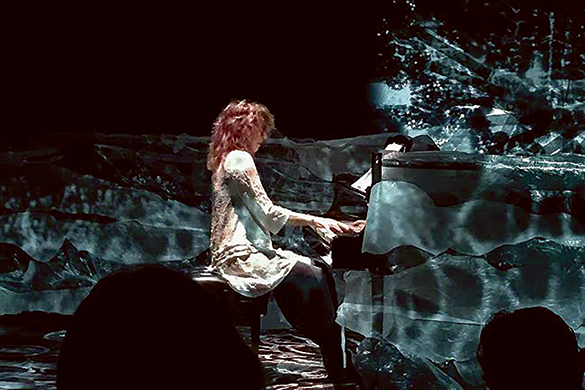 Piano Spheres has been approved for a $10,000 grant from the National Endowment for the Arts that will be used to support its fall 2021 Emerging Artists Series of workshops and recitals by two emerging pianists based in Los Angeles, whose names will be released at a later date.

In their concert program, the emerging artists will also premiere a Piano Spheres-commissioned work by living American composers with outreach to diverse and underserved communities. The workshops, held in underserved areas of Los Angeles, include dialogue between the mentor, the mentee and the composer, focusing on techniques and demands of the new work, and how each artist will interpret a work never before performed. Audiences will experience the new work in public recitals and in open workshops.

The Emerging Artist Series offers a direct tie to the Piano Spheres’ founding. When the late Leonard Stein launched Piano Spheres in 1993, he did so with four young pianists whom he mentored at the University of Southern California.

In the two decades since, these four core artists, Gloria Cheng, Vicki Ray, Mark Robson and Susan Svrček, have been recognized as foremost interpreters of contemporary works for piano, and have a lifelong commitment to new music by regional and national composers. Much as Stein mentored them, they are now mentoring the next generation of pianists, and the Emerging Artist Series is the next step in the process of introducing this generation of artists to a broader, younger and more diverse audience. Piano Spheres artists have now expanded to include the vibrant piano duo – and former Emerging Artists — HOCKET (composer-pianists Sarah Gibson and Thomas Kotcheff).

During the pandemic, Piano Spheres has continued to support and encourage the composition and performance of major new works for the piano safely through its online concert series at pianospheres.org/watch. Piano Spheres expands the piano repertoire by commissioning new music and sustaining a concert series, which focuses primarily on pieces by contemporary composers. In its concerts, Piano Spheres provides a context for these new works by including lesser-known music by established composers whose compositions influenced the course of piano music.

The National Endowment for the Arts has approved funding for 1,073 projects totaling nearly $25 million, with grants recommended to 64% of all applicants and an average grant amount of $23,190. The Art Works funding category supports projects that focus on public engagement with, and access to, various forms of excellent art across the nation; the creation of art that meets the highest standards of excellence; learning in the arts at all stages of life; and the integration of the arts into the fabric of community life.