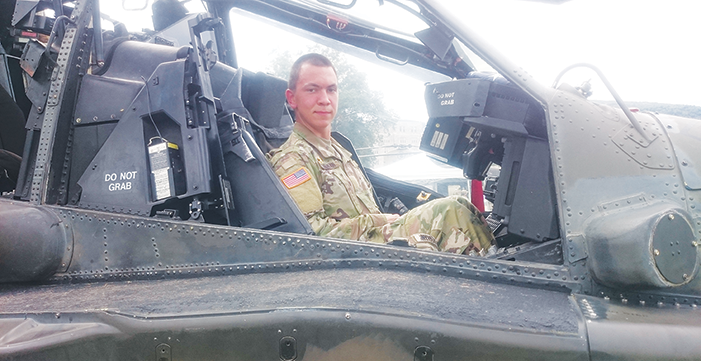 For Garri Mikhail Eremyan II, who graduated from Fairfax High School in 2019, the United States Military Academy at West Point represented the dream of a lifetime. Since learning about it as a teenager, he had longed to enroll in the prestigious academy and forge a professional path of service to the U.S.

The four-year military academy is the preeminent leader development institution in the nation for young men and women who want to serve their country as an officer in the U.S. Army.

At 12, Eremyan emigrated from Uzbekistan to California following the death of his mother, moving shortly after to West Hollywood. His father had been living in the U.S. as a refugee, and when Eremyan immigrated through the family reunion program, he had yet to learn English or just how his new country would come to embody opportunity for those who persevered.

“I’ve learned to be humble [and] appreciate opportunity,” he said.

This month, U.S. Rep. Adam Schiff (D-Burbank) announced the nomination of seven students from the 28th Congressional District to U.S. service academies for the class of 2025 – including Eremyan.

“In reviewing each of these students’ applications, I was amazed by their strong records of accomplishment in areas ranging from community service to academics to athletics,” Schiff said in a statement. “Their demonstrated commitment to make our community a better place and their dedication to our country make each of them outstanding nominees for this profound honor. These young men and women are our nation’s future and I am so proud to submit their names for nomination to attend our U.S. service academies.”

Four U.S. service academies – the Air Force Academy, the Merchant Marine Academy, the Military Academy at West Point and the Naval Academy – require a nomination by a member of Congress to attend. The U.S. Coast Guard Academy, which is the fifth service academy, does not require a Congressional nomination. Schiff underscored that the nomination process is extremely competitive. Each service academy offers those who attend a free college education at a highly ranked and nationally recognized academic institution, while simultaneously preparing these students for an officer’s commission in the armed forces.

According to Eremyan’s former boss J. Scott Shonka, operations manager for the Melrose Trading Post and a graduate of West Point, there is little doubt that Eremyan will be successful. Shonka extolled Eremyan’s positive attitude and capacity to energetically work hard.

“He’s that rare human who knows what he wants and is going to fight to get it,” Shonka said. “He really set himself apart [as an employee]. Usually people at his age … they’re just trying to figure out what they’re going to do for the day. Garri is the rare young man who knows exactly what he wants and won’t stop until he gets it, in a positive way.”

After graduating from Fairfax High School, Eremyan enlisted in the Army and following a year of service, he enrolled at the U.S. Military Academy Preparatory School at West Point – a prep school for West Point – this past summer. His course load is rigorous, he said, full of science courses and two hours of daily physical activities, but he knows that next year when he begins attending West Point, the classes will be significantly more challenging.

Following graduation, Eremyan said he would like to become a cyber operations officer. Officers in the Army’s cyber branch lead cyberspace initiatives to plan offensive and defensive strategies.

“I considered all the options that I had [and] this one seemed most of interest to me,” he said. “I just love computers.”

As he continues further along his dream path, Eremyan said he would continue to work hard and not take his life for granted.

“This was my ultimate dream,” he said. “It took me so much to get into here.”

Students interested in applying to a service academy for the class of 2026 can visit schiff.house.gov to obtain an application form. The application deadline for next year’s class is Nov. 19.