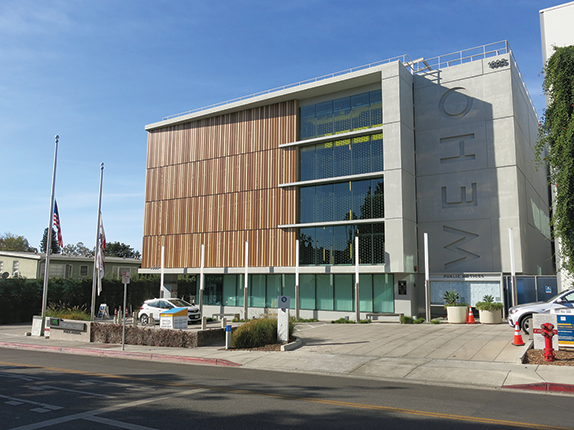 West Hollywood may start a guaranteed income pilot program to help some of its residents get out of poverty. (photo by Cameron Kiszla)

Sukhi Samra, director of MGI, said guaranteed income is similar to the universal basic income idea espoused by presidential candidate Andrew Yang in 2019 and 2020, though instead of being universal, guaranteed income uses “a recurring cash payment given to folks directly, usually on a monthly basis” in a more targeted way.

“It’s specifically a tool for equity, often racial and gender equity,” Samra said. “We see a guaranteed income as a response to the economic inequality that existed long before COVID, but that was amplified by the pandemic.”

Samra added that MGI is “excited to have West Hollywood on board.”

“Our hope is to show that this is an idea that can gain traction anywhere, from California to the South to the East Coast and Midwest. We’re excited to have West Hollywood on board to show that this idea works across the political spectrum,” Samra said.

West Hollywood Mayor Lindsey Horvath said joining MGI is part of the city’s “long history of serving and supporting our most vulnerable residents,” including prioritizing poverty reduction, an effort that was led by former Councilman John Heilman.

“Mayors for a Guaranteed Income share the goal of making sure those who are most vulnerable are taken care of. It’s not a new idea, but it’s received renewed focus in light of a lot of racial and economic injustice that have become top of mind,” Horvath said. “We think that this is a great way to help protect people and give them the resources and support they need to keep them in place, especially during this tough economic time.”

Samra said if West Hollywood moves forward with its pilot program, MGI will help with the framework of the program.

“It varies, city by city, but the typical thing that we see is about 100 to 150 residents receiving about $500 a month for 18 to 24 months,” Samra said. “Of course, we have cities that are bigger, cities that are smaller, but it’s largely a product of how much money cities are able to gather.”

Horvath said in West Hollywood, “we need to look at what will be the best fit for the city of West Hollywood with the focus on reducing poverty,” but city officials will see what is possible given the municipal financial situation, as well as outside funding from private groups, nonprofits and grant money.

“We’re looking at all opportunities, outside grants, but we’ll take a look at our budget,” Horvath said. “We’ll look at city resources, but we’ll also look for community partners who share our values and want to work with us to make this a reality for our residents.”