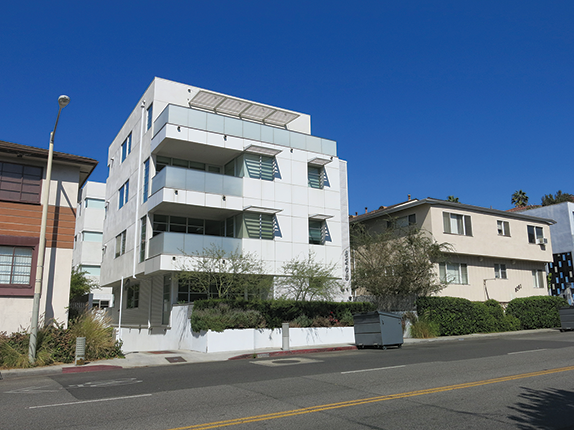 West Hollywood will ensure the city’s renters are covered by an eviction moratorium even if the state’s protections lapse at the end of this month. (photo by Cameron Kiszla)

The West Hollywood City Council made sure on Jan. 19 that the city’s renters will not have to worry about a lapse in the pandemic-related eviction moratorium.

The state’s eviction moratorium is set to expire at the end of this month, and while West Hollywood Assistant City Attorney Lauren Langer said that the moratorium would likely be renewed, as of Jan. 20, the state Legislature and Gov. Gavin Newsom have not reauthorized it.

“I’m pretty confident that [the state eviction protections] will be [extended], but they haven’t yet,” Langer said.

With many of the city’s residents suffering from the economic downturn – and many of those businesses’ employees financially struggling – City Council members expressed concern for their constituents.

“I am really worried about our residents … They’re living at the mercy of bureaucracy,” Councilman John Erickson said.

City staff had proposed that the city could authorize a moratorium of its own, though it would be overruled if and when the state moratorium is reauthorized. Langer added that the two moratoriums would have different stipulations and requirements, which could lead to confusion among West Hollywood residents. Instead, the City Council unanimously made clear that if the state moratorium nears expiration without being renewed, City Manager Paul Arevalo would put in place an emergency eviction moratorium until the City Council reconvenes on Feb. 1 and could pass an eviction moratorium.

“Even one day of uncertainty is too much. We should give that emergency power to our city manager,” Mayor Pro Tempore Lauren Meister said.

“The security and information that’s going to go out to our renters, it’s going to really relieve their anxiety right now,” Councilwoman Sepi Shyne added.

The council also voted unanimously to extend the city’s commercial eviction moratorium, which was slated to expire on Jan. 31. The commercial moratorium will remain in place through March 31. Commercial tenants will be required to pay 25% of the rent, which matches the requirement for residential tenants.

The council also discussed their options for assisting landlords after Nick Rimedio, chair of the West Hollywood Chamber of Commerce, raised the issue during public comment.

While the aid for renters is necessary, it leaves the burden to property owners, Rimedio said, and he proposed that the city could help lobby state and county officials for a reduction or waiver in property taxes as a method of assisting landowners.

“Rent relief is being solely carried by the landowners. It’s not fair or equitable in any sense of the word,” Rimedio said.

Meister agreed that the city could reach out to county officials on the matter, though Arevalo pointed out that ultimately, the federal government would be required to fix the issue.

“Everybody is struggling … Property tax is the only thing that is keeping [the city of West Hollywood] afloat … Every level of government is suffering and we need to put pressure on the federal government,” Arevalo said.

The council also discussed additional help for businesses, including the city’s small business grants – staff was directed to offer $250,000 in grants to local small businesses in amounts of $5,000 each – and the potential for state and federal assistance now that President Joe Biden and Vice President Kamala Harris have taken office.

Locally, the city also plans to connect with local businesses more directly to see how best they can be helped. Shyne requested that city staff return in 90 days with an update on the Small Business Task Force, which city staff is working with the West Hollywood Chamber of Commerce to create.

City staff will also host a virtual business roundtable on Feb. 19 to find what business owners’ short-term needs are. In the coming days, mailers will go out to local business owners so they can join the roundtable and fill out a survey to help set the agenda for discussion.

“I’m glad the mailers are going to go out. I hope they are [sent soon] so we can have many business owners present at the roundtable [as possible],” Shyne said.