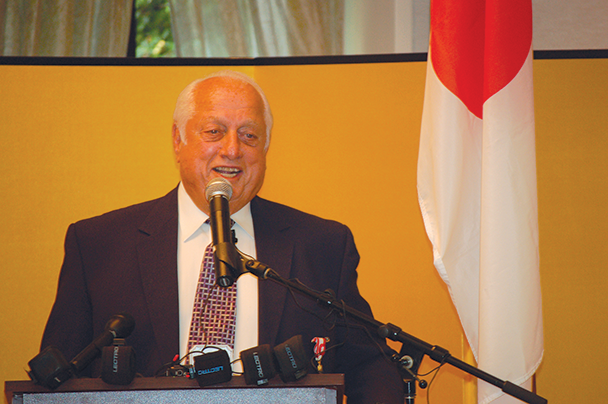 Legendary Los Angeles Dodgers manager Tommy Lasorda was shown in the Dec. 4, 2008, issue of the Park Labrea News and Beverly Press after receiving special recognition from the Japanese government for his contributions to baseball in that country. Lasorda was presented with the Order of the Rising Sun, Gold Rays with Rosette medal by then-Consul General Junichi Ihara on behalf of the Emperor of Japan. Lasorda, who died on Jan. 7 at the age of 93, was an icon in Los Angeles baseball and in Japan, where he served as a goodwill ambassador for the sport and was credited with assisting its development and popularity over five decades. Ihara presented the medal to Lasorda at the official residence of the Consul General of Japan in Hancock Park.