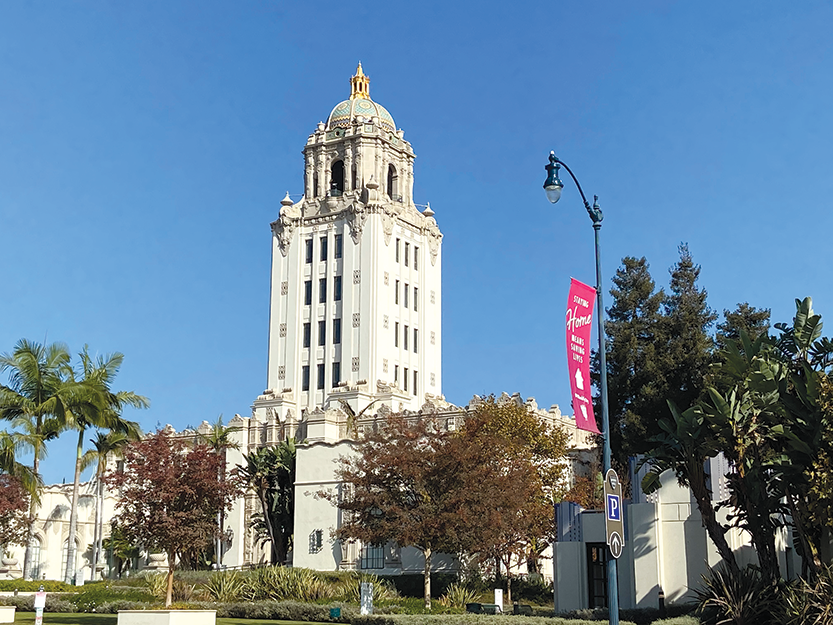 The Beverly Hills City Council may put a term limits ballot measure to the voters. (photo by Edwin Folven)

The council agreed on a general framework for a three-term limit for members of the City Council and the city treasurer, also a publicly elected position. The decision was made despite the differing opinions of several council members.

“I’m generally not a fan of term limits … I think there are pros and cons of long-standing service … If [voters] really like somebody, why shouldn’t they be able to have a person continue to serve in a position?” Vice Mayor Robert Wunderlich said.

Despite his reservations, Wunderlich and the other council members said the decision should ultimately be left to the people of Beverly Hills. If the council declined to take action, the residents could put the item on the ballot themselves by gathering signatures.

“This is an item we should allow our residents to vote on and see how they feel about it,” Councilwoman Lili Bosse said.

If approved, the term limits would prevent any official from serving in that same role for more than three terms, though they could serve in other positions.

“You can serve on the school board and then three terms on the council,” Councilman Julian Gold said.

Three council members agreed that the measure could be put to the voters on Nov. 2, the next regularly scheduled election in Los Angeles County. Some members of the council proposed that, due to the lower turnout of elections that do not feature a presidential or gubernatorial race, the term limits item should be held until an election with high levels of participation.

Councilman John Mirisch pointed out that the Nov. 2 ballot would not be for national office or governor, and he did not know what else would be on the Nov. 2 ballot, and neither did city staff members.

“How many people are going to actually show up for an election when nobody knows what’s actually on the ballot this November?” Mirisch said.

Mayor Lester Friedman argued that a national or state election might draw attention away from the term limits item, preventing the public from truly understanding the issue and making an informed decision.

“I think [a national race] diminishes the issues that are before the city,” Friedman said.

The council members also made clear that, in the interest of fairness to future council members, they would like their already-served terms to count towards the limit. Friedman and Wunderlich are in their first terms, while Mirisch, Bosse and Gold are in their third terms.

“I think that if we don’t include ourselves as part of the limits, that we are really giving a preference to ourselves,” Friedman said.

City Attorney Laurence Wiener said that may not be possible, as the state Attorney General’s Office said term limits apply prospectively, meaning the only terms that count toward a limit are those served after the term limits are approved. Wiener added that, to his knowledge, the issue of applying past terms to term limits has not been tested in appeals court, though he will return with more information when he brings back the draft ordinance to put term limits on the ballot.

When term limits were approved for the Los Angeles City Council in 2006, previous terms did not count against the maximum number of terms after limits were imposed.

Mirisch also proposed that the city could simultaneously look at districting for the City Council, as he believes a disproportionate number of council members have come from parts of the city north of Santa Monica Boulevard.

Mirisch’s request for geographic representation did not appear to gain much traction among the other council members, but they did express support for more community members serving as city leaders.

“We have the best of the best residents that live in our city, true visionaries and out-of-the-box thinkers, and I also agree that, at some point, we have to allow for new ideas and new leadership, and I think it’s also up to us to help mentor and encourage new blood and new leadership as well,” Bosse said.