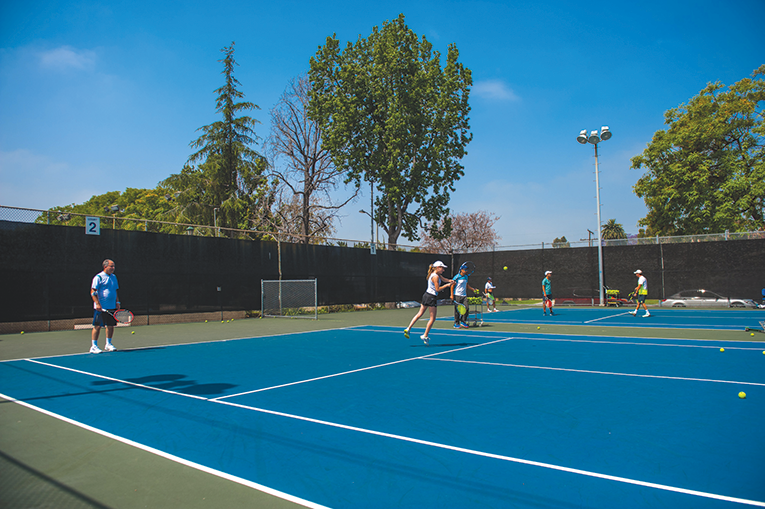 The city of West Hollywood is partnering with a new tennis concessionaire – Tennacity.

In December, the City Council approved an agreement with Tennacity, an inclusive tennis lifestyle brand that will offer unique live events, facility management, tournaments, lessons, camps and open houses for players of all levels. It will also offer workouts: energizing and up-tempo workouts that include live ball programming, music and commentary. The goal is to attract new players to the game and provide new opportunities for existing players.

Tennacity has offered similar programs for the city of Manhattan Beach and has been featured at DesertSmash with Serena Williams, Malibu Racquet Club and numerous college and professional tennis matches.

West Hollywood has tennis courts at Plummer Park, 7377 Santa Monica Blvd., with seven lighted courts and a pro shop; and West Hollywood Park, 647 N. San Vicente Blvd., with three lighted courts on the rooftop of the five-story public parking structure. Onsite sales and services will be offered by Tennacity at the pro shop at Plummer Park, including tennis equipment and string repair, accessories, apparel, food and beverages.