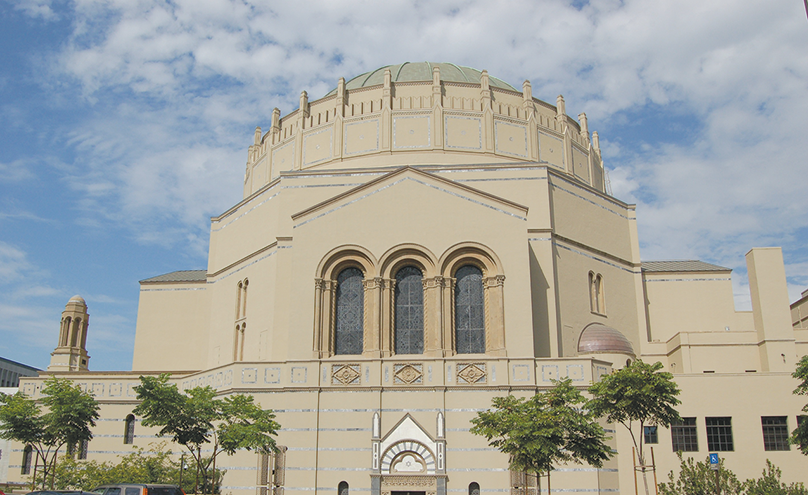 The graffiti was allegedly written on a wall outside the temple’s sanctuary. (photo by Edwin Folven)

Police are searching for a suspect who scrawled graffiti on a wall at Wilshire Boulevard Temple on Jan. 18 in what is being considered a possible hate crime, Los Angeles Police Department spokesman Mike Lopez said.

The graffiti was reported at approximately 8:30 a.m. and police said they have obtained security camera video showing the suspect, only described as a man wearing a hooded sweatshirt. The man allegedly scrawled the graffiti with a marker on a wall outside the temple’s sanctuary at approximately 2:30 a.m. and it was discovered later the same morning and removed, police said. Representatives of the temple, located at 3663 Wilshire Blvd., denounced the incident in a post on Twitter.

“On this day when we celebrate the life and legacy of MLK, who chose courage over fear in the face of oppression, ignorance and violence, we stand strong in our resolve,” the tweet read. “We condemn this hateful antisemitic vandalism. There is no place for hate in a civil society. Law enforcement authorities have responded and are conducting a thorough investigation. Our campuses remain secure and well protected.”

Anyone with information is asked to call detectives with the LAPD’s Olympic Division at (213)382-6628.