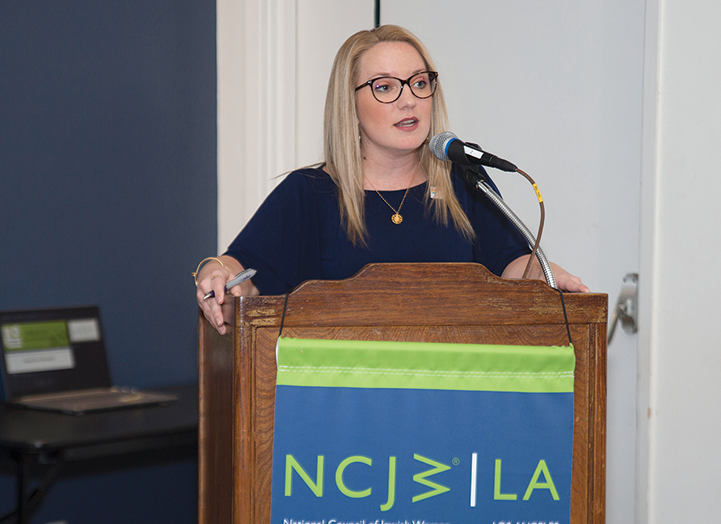 The National Council of Jewish Women, Los Angeles will hold its annual commemoration of the U.S. Supreme Court ruling Roe v. Wade on Jan. 26, though this year, the event will be held virtually due to the pandemic.

“For us, Roe v. Wade is one of those landmark court rulings that we continue to uphold. In years previous, we’ve been speaking about the different attacks that Roe continues to have, and with the Supreme Court being super conservative and the different rulings that are happening in different states, we think that Roe has to be uplifted and protected, and we try to do that every year,” said Nabila Sosa, advocacy program manager for NCJW/LA.

The event is virtual, preventing the in-person connections forged at the annual commemoration, but NCJW/LA is using the pandemic as an opportunity to broaden the appeal of “Roe v. Wade at 48.”

Rachel Resnick, chief program officer for NCJW/LA, said this year’s event will “spotlight… the work of reproductive justice advocates in other parts of the country.”

“By doing virtual events, it really allows us to have a bigger tent. We’re going to be able to spotlight advocates who are doing this work on the East Coast in states that are more under-resourced than the states of California,” she said.

The hour-and-a-half-long event, which begins at 5 p.m., will include an abortion provider from Kentucky, the Tennessee-based nonprofit SisterReach and others working to protect and expand abortion access in the U.S., as well as local leaders.

“We’ll be able to hear directly from those people in other states working on this issue and also give our community members and activists a chance to get involved,” said Marjorie Gilberg, CEO of NCJW/LA.

Each virtual attendee will speak for several minutes, then provide a call to action for those in attendance, something they can do from home. Attendees will also be able to submit questions for the participants before the event so they can learn more about how they can help.

“I’m so excited about this event. It’s going to be really different and has the opportunity to really drive change,” Gilberg said.

The city of West Hollywood, which was the first in the U.S. to declare itself “pro-choice” in 1993, regularly partners with NCJW/LA to commemorate Roe v. Wade. In December, the City Council allocated $3,000 in financial support for the event and joined NCJW/LA in making “Roe v. Wade at 48” part of the city’s annual commemoration of the court ruling.

Access to “Roe v. Wade at 48” will be free for those in need, Sosa said, though NCJW/LA is selling packages that include access to the event and the book “Shout Your Abortion” as a fundraiser. The proceeds of the $28 packages will be split between the participants from Kentucky and Tennessee, Sosa added.

“We think about places like Tennessee and Kentucky and other red states, places that are really going through it … We’re trying to give it to agencies who really need the help,” she said.