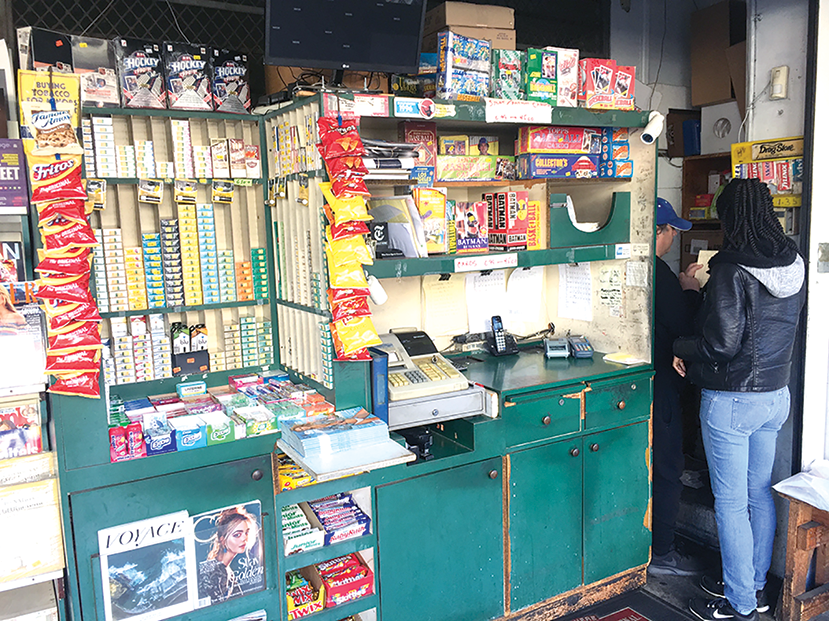 The ban on the sale of most tobacco products in Beverly Hills went into effect on Jan. 1. (Park Labrea News/Beverly Press file photo)

Each Jan. 1, a multitude of new laws at the state and federal level take effect, often changing local laws in addition to the ordinances passed by City Councils.

This year, however, the number of new laws was impacted by the coronavirus pandemic, which limited the amount of time legislators could spend in Sacramento. The bills that did make it through the Legislature were mostly focused on the pandemic and its effects.

“Generally, I think every year, most of the laws come down from the state of California, and I think the governor made it pretty clear that he was not going to entertain any bills that were not directly related to COVID, so I think that’s the main reason you don’t see many other laws coming into effect,” Beverly Hills Mayor Lester Friedman said.

One law that is expected to have an effect, however, is Assembly Bill 2345, which increased the density bonus – which allows more units on a site than typically permitted – as well as other incentives for developers to build affordable housing in their projects.

In December, the council declined to take action to attempt to circumvent the new rules, despite opposing them before they were signed into law. Friedman pointed out that in Beverly Hills, the law is likely to produce relatively few additional units beyond what was already allowed under the previous density bonus law. Meanwhile, fighting the law could reflect poorly on the city as it appeals the findings of the Regional Housing Needs Assessment, which will require that nearly 3,100 new housing units be created in the city by 2029.

“It really isn’t that much of a difference to go against the Department of Housing and potentially affect our RHNA allocation,” Friedman said.

Another law that’s likely to have an effect on the city this year is local in origin: a ban on the sale of tobacco products in Beverly Hills, which the council authorized in 2019 but that took effect on Jan. 1.

“This really is just the next step in the evolution of hoping that people realize that there is absolutely no benefit to smoking cigarettes,” Friedman said.

A state law also may affect tobacco sales. Senate Bill 793 would ban many flavored tobacco products, including those for vaping. The law, which was expected to go into effect on Jan. 1, is facing a referendum to overturn it, and if enough signatures are gathered, voters will reconsider the ban in 2022.

Beyond tobacco, multiple health-related laws went into effect on Jan. 1, many of them related to COVID-19. For instance, AB 685 requires employers to report outbreaks to public health departments and inform their employees of potential exposure to the virus at work.

City of West Hollywood Director of Administrative Services Christof Schroeder said in a statement that the city already follows “strict adherence” to standards from the state’s Division of Occupational Safety and Health and the Los Angeles County Department of Public Health.

“The city of West Hollywood’s Administrative Services Department/Human Resources Division will update any related protocols, policies to adhere to current regulations, such as AB 685, as needed … These standards, policies and protocols work to protect the health and safety of the city of West Hollywood’s work force as we navigate the COVID-19 pandemic,” Schroeder said.

Friedman said COVID-19 will likely be the focus in Beverly Hills as well, though related topics will also likely be subjects of council action.

“I think we need to get over this COVID thing and we need to have our eye on the ball with the effects of COVID, but we can’t disregard other issues also,” he said. “Housing is going to be a significant issue in the coming months, partly as a result of COVID, so are retail businesses and how we’re going to deal with getting those businesses back on line and whatever the new normal is going to be, but those are the real focuses for what we’re going to do. We need to have an economy that’s going to thrive in this new world.”

After the killing of George Floyd and the unrest of last summer, law enforcement also drew reform efforts in Sacramento, furthering some efforts that had already begun before the summer.

For instance, AB 1185, which gives counties more oversight of sheriff’s offices, began with disputes in Sacramento County. However, this law is unlikely to affect Los Angeles County very much, West Hollywood Government Affairs Liaison Hernan Molina said in a statement.

“AB 1185 authorizes counties within the state of California to create a sheriff’s oversight board. Such an oversight board exists in Los Angeles County: it is called the Civilian Oversight Commission … which is part of county-level social and criminal justice reform … In addition, Los Angeles County voters approved Measure R in March 2020 [which] authorizes the COC to issue subpoenas to the LASD,” Molina said.

Molina, who noted that West Hollywood supported Measure R, added that “as always, the city of West Hollywood will continue to monitor emerging legislative changes at the state and local level as they arise and adapt and respond, as needed.”