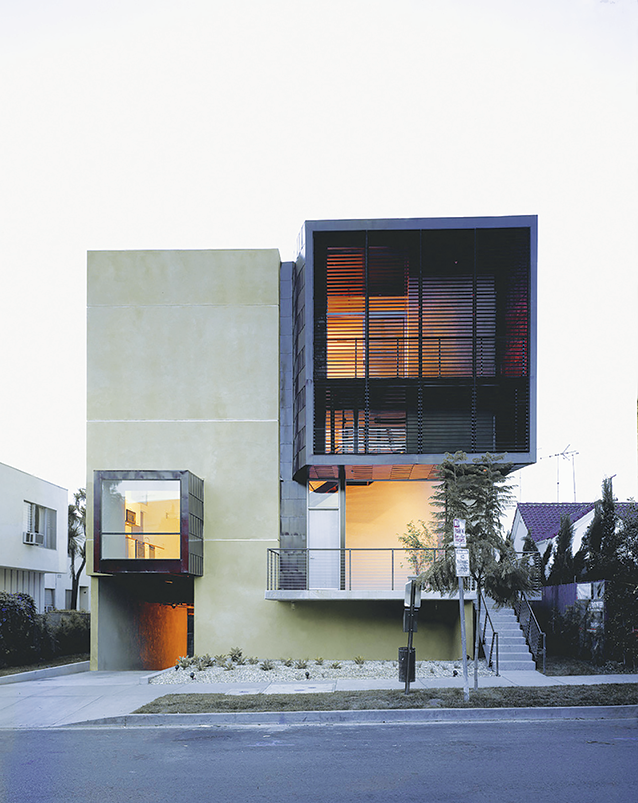 Orange Grove, a West Hollywood condominium project comprising 12 large loft-style homes, is among the thousands of new units that have come to market in the past decade. (photo by Marvin Rand)

In anticipation of building 4,000 new units by the end of the decade, West Hollywood is taking creative measures to determine how to increase the city’s residential housing stock. The final Regional Housing Needs Assessment allocation is expected to be determined on Feb. 4, and cities will have until the end of 2029 to create the state-mandated units.

“It’s really to get some different points of view because in the past, staff has driven the housing element. While there will be community outreach and outreach to West Hollywood boards and commissions … this gives us as a council the opportunity to bring in some people … to participate and raise questions and bring forward new ideas,” Mayor Pro Tempore Lauren Meister said. “That’s a big expectation to have to come up with how we are going to create [4,000] new units over the next eight-year period.”

The first of two planned task force meetings is scheduled to occur the first week of February and will center around gathering specific feedback on current housing needs and conditions as well as allowing members to voice their opinions on the effectiveness of existing housing policies and programs. The second meeting’s objective will be to review preliminary goals, policies and programs for the draft housing element update and is anticipated to occur in March.

The task force, which is composed of community members, is intended to help advise the city on how it can best meet its regional housing needs allocation number in the coming eight-year cycle, including 1,063 very low income units. Very low-income pricing is set at 30% or below of the area’s median income. According to Alicen Bartle, the city’s project development administrator, the median income in 2021 for a one-person household is $66,768.

“There’s a variety of opportunities to engage with the community and with this task force we want to get people that have expertise in housing and housing development,” Bartle said. “We understand that our community and our renters and our folks that are housing burdened also have a perspective to give, a real life perspective.”

Bartle said that the California Department of Finance estimated there were 25,833 households in West Hollywood and that approximately 80% of residents are renters, 75% of whom live in rent-stabilized units.

While the task force meetings are not open to the public, at 11 a.m. on Jan. 19, the city will host a housing element community update via Zoom seeking public input.

According to a report from West Hollywood staff, the community outreach program is intended to provide opportunities for community members to review and contribute to defining and confirming the housing goals, policies and programs necessary to address housing needs, in addition to ensuring that the draft plan reflects the community’s needs.

“The community outreach program will facilitate a variety of opportunities for community members, business owners and other decision makers to safely participate in the planning process online. In addition to the task force, focus groups will be created as needed for the housing element update,” the report read.

In seeking balance to significantly grow the city’s housing stock, Meister said it would be critical to thoughtfully consider how to increase density.

“We need to have balance,” she said. “We want to create affordable housing. We want to also be this creative city where we offer all these different types of things. We want to bring transit, we want to be a green city, we want to be in the forefront of trying to do what we can regarding climate change. But we need to balance those things in order to really be a sustainable city.”

Each council member appointed two members to the task force based on their areas of expertise to help the city effectively create a plan that shapes West Hollywood’s future while ensuring that the increase in housing doesn’t diminish the city’s quality of life.

For Williams, creating preliminary goals, policies and programs that address the housing needs of West Hollywood will be of primary focus as part of the task force.

“As a land use consultant, my focus is to look at all available city and state programs such as adaptive reuse, modular and micro construction, 100% low income housing builds and any other means to create more affordable housing for residents, with an emphasis on senior, LGBQTIA, disabled, and Black and Brown communities,” she said. “Partnering with local governments and community members can help identify suitable land and streamline development processes.

“This task force will shine a light on all the ways we, the community, can fight the housing crisis, and I’m excited to be a part of that conversation.”

Berberian, the founder of Empire Property Group, said that creating mixed-income housing and diversity was primary in moving forward.

“As a local developer, property manager and general contractor concentrated in our creative city of West Hollywood, we especially value the housing element policy guide and the importance of updating it to ensure it meets the local population’s evolving housing needs,” he said. “One housing element goal that is important for our city is the need for health and wellness with building features that promote well-being among residents.”

Brooks, who has been an architect for the past 25 years, noted that increased density did not simply mean going vertical.

“Some of the opportunities I see are to identify places where housing and good density and transit and walkability all meet together and to leverage that to provide more affordable housing,” she said. “People sometimes think that increased density simply means taller buildings. And that is not what it means. It means a better way of doing things.”

Korchek, who works as a development manager at AECOM Capital helping to oversee the design and construction of the firm’s real estate investments, said his background in architecture would prove particularly helpful on the task force.

“West Hollywood is a very special place that values its citizens, their perspectives and their needs. It’s also a city that has grown substantially,” he said. “In appointing a diverse task force of stakeholders to opine on the state of housing, the city seeks first-hand input on how they might align their goals to the needs of the community.”

Byers, a community organizer with United Way’s “Everyone In” campaign to mobilize Angelenos in support of affordable housing, underscored how critical it is to create supportive housing in the community.

“It’s really about setting a vision of where we imagine West Hollywood will be and how we can best serve the people that want to be a part of this city,” she said. “We’re living in such a limited land space and we can’t really grow beyond our borders … so we have to look to the skies for our solutions.”

Lowenthal, executive vice president of development for Combined Properties, said she was grateful she will have an opportunity to shape housing as part of the task force.

“This is a critical time for all cities to do what they can to manage the lack of affordable housing in the region,” she said. “I grew up in Los Angeles and was lucky to live in an affordable market-rate apartment as a child. If it were today, I don’t think I would have the same options.

“As a real estate developer in Los Angeles, I think I can help bridge the gap between policy and practical issues that need to be managed to build more housing in the city of West Hollywood and the surrounding communities.”